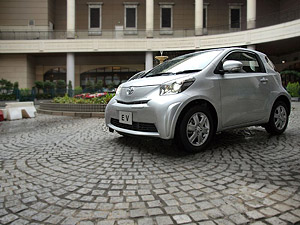 Toyota has some very interesting cars to display at next month’s Geneva motor show and perhaps the most interesting is the Toyota EV.

The Toyota EV is only a prototype at this stage but it features a very interesting location for the battery … flat under the cabin floor.

While the placement of the battery might be innovative the rest of the Toyota EV is based on proven technology and a platform that is already in production. The platform for the Toyota EV is the Toyota IQ … a small car that’s not currently available in Australia but is selling well in Europe.

The power-train for the Toyota EV is the Hybrid Synergy Drive … the same drive that Toyota has used in the Prius and the Hybrid Camry. 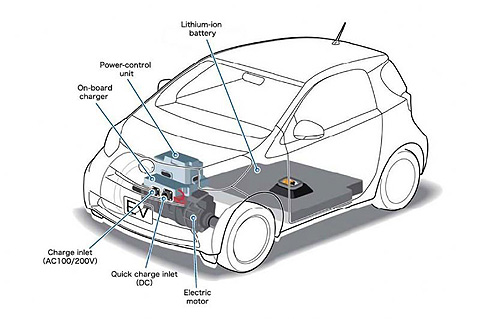 With the combination of flat lithium-ion battery and Hybrid Synergy Drive the Toyota EV has a range of 105km before the battery needs a recharge.

Toyota plans to put the EV through a lot more testing on European roads before possibly offering it to the public under a leasing programme in 2012.

Toyota has already announced that it plans to sell the Toyota EV in the American market and possibly in other markets as well so we may see it here in Australia in the next few years. 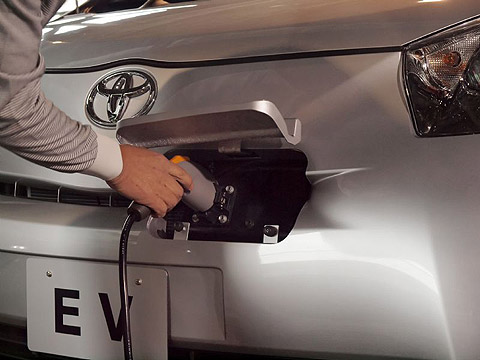 While the use of a flat battery buried under the floor seems like a great idea because it delivers a bigger battery with no loss of storage space there is one question that keeps popping up in my mind.

How the heck do you get it out when it’s time to replace the battery? That looks as though it would involve major … and very costly … surgery whichever way you try to access the battery.