The new Holden Captiva 5 and Holden Captiva 7 were unveiled today and while there’s not much happening on the outside there have been some changes in the cabin and under the bonnet. Sadly though fuel consumption still seems to be something of an issue for the petrol version although Holden claim that the Captiva 7 is the most fuel efficient petrol seven-seater in its class.

Exterior
On the outside the Holden Captiva 5 has a new grill and fog lamps while the Captiva 7 gets a slightly different hood, elongated headlamps and redesigned tail lamps.

The diesel is a new 2.2-litre four-cylinder engine that features high-pressure common rail and integrated turbo-charging technologies that deliver 135kW of peak power and a gutsy 400Nm of peak torque.

Fuel consumption for the diesel is a reasonable 8.5L/100km combined cycle.

The 2.4 litre four-cylinder DOHC petrol engine comes with variable valve timing (VVT) technology that produces 123 kW of peak power and 230 Nm of peak torque. It produces 19 per cent more power than the previous four-cylinder engine in the earlier Captiva.

Fuel consumption for the four-cylinder petrol engine is 9.1L/100km combined cycle which makes you wonder what the consumption figure will be around town where most people will drive the Captiva.

Flush-fold second and third row split seating gives the Captiva 7 the ability to change from a people carrier into a cargo carrier. There are plenty of storage spaces including centre console and second row armrest compartments, front and rear cup holders, and front and rear door pockets.

The inclusion of the electric park brake in both the Captiva 5 and Captiva 7 also creates more space by removing the bulky handbrake lever.

Safety
Side impact airbags are now standard on the new Series II Captiva 5 and Captiva 7.

Series II Captiva also sees the introduction of Hill Start Assist (HSA) technology across the Captiva range. It holds the vehicle on gradients of 3 per cent or steeper for 1.5 seconds after the brake pedal has been released, to assist in a smoother and safer drive away from standstill.

Captiva models are also fitted with a descent control system which maintains a slow speed for navigating steep downhill gradients.

Pricing
The prices shown here do not include dealer delivery charges or government charges but they do include a sizeable cut on the prices on most variants compared to the previous model. 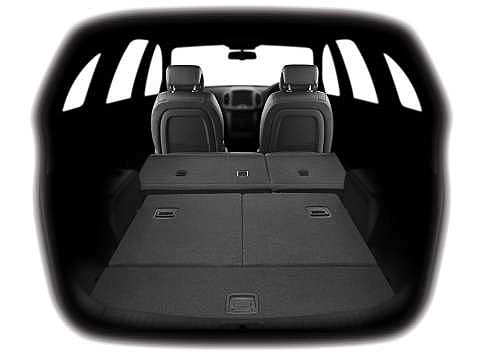