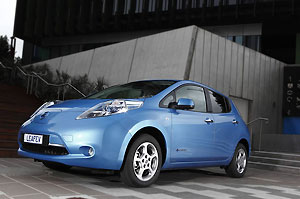 So the Nissan Leaf has arrived in Australia in the form of two full production hatchbacks. It was revealed to some motoring journalists earlier this week and from what I hear the impressions were generally favourable

The first two Nissan Leaf vehicles are here for testing but they’ll soon be joined by 16 more that will be handed to the Victorian government for a five-year electric vehicle trial.

Nissan describes the Leaf as a family-sized five-door passenger vehicle and Nissan suggests that it will be Australia’s first five-seater, five-door electric vehicle to be offered for sale to the general public.

The Nissan Leaf vehicles that are here … and are coming … have all been built in Japan but within two years Nissan plans to be producing the Leaf in the United States – Tennessee – and in the United Kingdom as well.

Technical details
The Nissan Leaf is powered by an 80kW AC synchronous electric motor and inverter that sit under the front bonnet. The motor draws its power from a 24kWh lithium-ion battery that can be charged from either a standard charger or a fast charger. 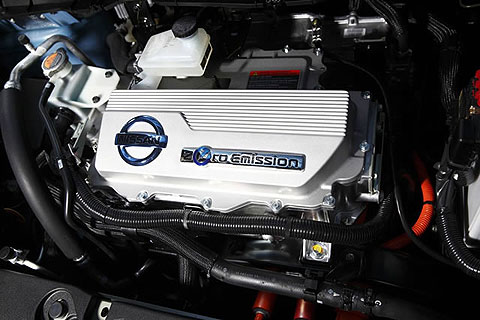 The motor delivers 280Nm of torque and Nissan claims that’s a similar output to what V6 petrol engine would deliver. However, unlike petrol engines, the electric motor in the Nissan Leaf delivers maximum torque instantly and that gives the Leaf smooth and quick acceleration.

Power is transmitted to the wheels via a single-speed reduction gear and together with the electric motor that gives the Nissan Leaf a top speed of 140km/h.

Nissan is not just resting on its laurels by producing a zero-emission vehicle with the Leaf. They’ve also gone out of their way to incorporate a lot of recycled material into various parts of the Leaf including seat fabric, the materials used in the instrument panel and the front and rear bumper as well. 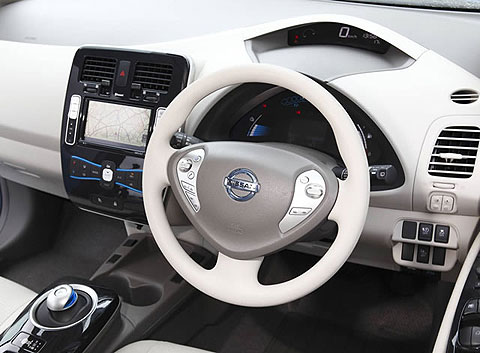 The Nissan Leaf in Australia

We’re could see something of the same road show that Nissan put on to introduce the Leaf into Australia as we get closer to a public release date but nothing has been announced.

Australian pricing and equipment levels for the Leaf are still to be decided but you can be sure that this is a car that will come with lots of goodies.