Skip to content
4 Comments on The Opel InsigniaPosted in Opel By Stuart LiveseyPosted on March 20, 2011September 13, 2018Tagged Opel, Opel Insignia 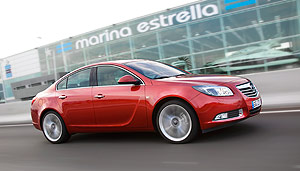 Next  year will see the arrival of Opel in Australia. Opel is General Motors premium brand in Europe and they have sometimes made it to our shores they have always been rebadged as Holdens. This time though General Motors plan on Opel being a stand-alone brand.

While there are plenty of decisions yet to be made we do know that at least three models that Opel are currently producing in Europe will be on the showroom floors here in Australia. Here in the first of a series of three articles we’ll take a look at the largest of the models that are coming … the Opel Insignia.

Engine options and equipment levels for the Opel Insignia are among those things still to be decided but if we look at what’s available in Europe we may have some indication of what we’re going to see on the ground here in Australia.

However that’s where any real similarity to the Commodore ends because … well you’re unlikely to see Commodore roll off the production line any time soon with a four-cylinder engine. Commodores might have once been produced with a such a small motor … in fact I flogged one around the central west of New South Wales for 40,000kim and found it reasonably adequate … but who would buy a four-cylinder Commodore these days?

However, in Europe you can buy an Insignia with a 1.6-litre four-cylinder engine. 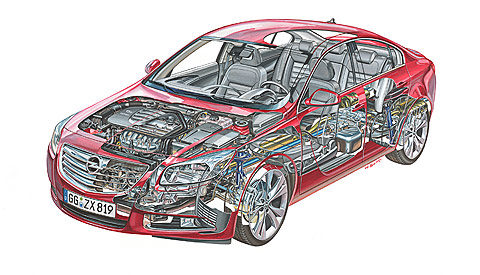 Body styles
There are three body styles in the Insignia range in Europe including the sedan and wagon that I’ve already mentioned and rather interesting looking  Sports Tourer … basically a wagon with the same wheelbase as the Insignia sedan but a longer body and all-wheel drive.

Opel has gone to great lengths to refine the body shape of the Insignia to ensure that there’s as little drag as possible and they’ll happily tell you that the drag figures for the Insignia are as good those for some of the more expensive European cars available today.

The engines – petrol
This is where the Insignia gets a little complicated and I’m sure that Opel will not bring all these engine options to Australia for there are six petrol and five diesel engine options to choose from in Europe.

As I said a few moments ago you can buy an Opel Insignia in Europe fitted with a 1.6-litre four-cylinder engine although I’m not sure why you would want to. This engine produces 85kW of power at 6,000rpm and the maximum torque of 155Nm is produced at 4,000rpm. The only transmission option with this engine is a six-speed manual transmission that transfers the power to the front wheels.

This combination gives a top speed of 187km/h and fuel consumption of 10.5L/100km around town.

There’s also a turbo-charged version of the 1.6-litre engine that delivers 132kW of power at 5,500rpm and 220Nm of torque between 2200 and 5500 rpm via the six speed manual box. It seems that an automatic transmission is not an option for the 1.6-litre engine.

Fuel consumption around town for the turbo version is 10.9L/100km. 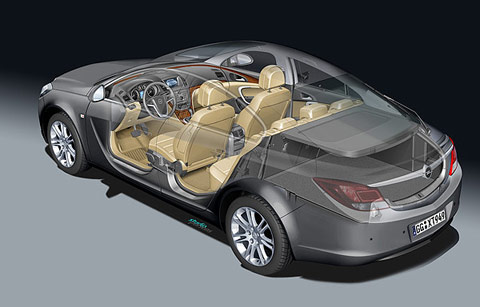 That’s not the end of the four-cylinder motors petrol engines for there are three more ranging from a 1.8-litre version that comes with the six-speed manual box as standard, but does have s six-speed auto box as an option, to two different versions of a turbo-charged 2.0-litre engine.

The 2.0-litre versions of the four-cylinder engine both come with the six-speed manual as standard but have the six-speed auto as an option.

The 1.8-litre engine delivers slightly worse fuel economy for a slight increase  in power while the 2.0-litre turbo engine start making urban running a rather expensive proposition (as fuel prices continue to rise) for one consumes 12.2L/100km while the other drinks 14.3L/100km.

To round off the petrol engine options for the Opel Insignia there are two V6 engines and if you were bringing a new brand to country that loves six-cylinder engines the way we do would you leave a six out of the line up? I didn’t think so.

Both V6 engines are turbo-charged but one has definitely been tweaked for performance. Both have a displacement of 2.8-litres and the base model V6 cranks out 191kW of power at 5,500rpm and 350Nm of torque between 1,900 and 4,500rpm. A six-speed manual box is standard with this engine – the auto is optional – and power is delivered to all four wheels.

Fuel consumption for this combination is 16.7L/100km around town. 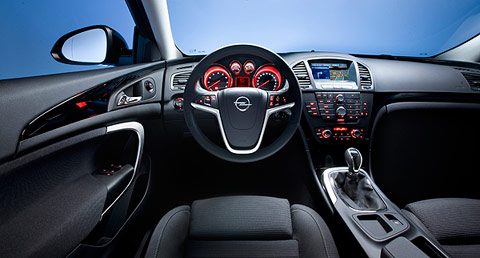 The sportier 2.6-litre turbo-charged six puts out 239kW of power at 5,250rpm and maximum torque of 435Nm also cuts in at 5,250rpm. A manual six-speed box and all-wheel drive is standard and there’s no auto option for this version. Fuel consumption around town is 17.1L/100km.

But wait … there’s even more options … the 2.0-four-cylinder turbo engines also have all-wheel drive as an option.

The engines – diesel
There are five variants in the diesel line up and all have a displacement of 2.0-litres. Three are bog-standard diesels producing between 81Kw and 188Kw of power and 260Nm and 350Nm of torque at 4,000rpm while two are fitted with Opel’s ecoFLEX technology.

Opel describes its ecoFLEX technology as technology that “… consists of a lot of small, clever, changes that add up to a big increase in overall efficiency. It means improving fuel systems and eliminating hidden drags on consumption.”

Fuel consumption around town varies from 6.9L/100km for ecoFLEX versions to 9.3L/100km for the standard diesel engine.

Prices
As I said at the beginning, prices are still to be decided but the Insignia is not a cheap car in Europe so it might be reasonable to assume that the price range will be somewhat comparable to the Holden Commodore … but maybe somewhere above the Omega with the Sports Tourer – if it does make the cut – being somewhere above the $60k mark perhaps. 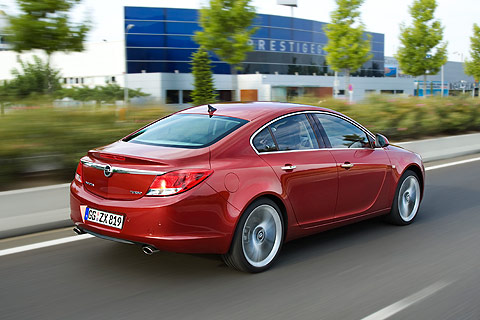 What do you think?
So what models do you think we’ll get here in Australia? Of course the sedan is a sure thing and Holden knows that there is still a market for a large five-door wagon so maybe GM will follow their lead and we’ll see the Opel Insignia wagon as well.

But when it comes to the engines … well maybe we can cross the 1.6-litre engine off the list … and it will be interesting to see if we get the 2.0-litre four-cylinder. I also wonder if we will see any of the diesels – I hope so because we are going to need some family-sized sedans with fuel consumption for city driving below the 10L/100km level very soon.

Regardless of what Insignia models Opel decides to bring to Australia the arrival of the Insignia could mean a real shake up in the local market for the Insignia is one very popular vehicle in Europe. It’s won many awards and it’s continually at the top of the sales charts.

4 thoughts on “The Opel Insignia”