At this point in time you might expect that the major car makers would be almost at the point where they were ready to bring an electric van to the market … after all a large number of vans are used over relatively short distances around the major cities where pollution is a problem. However the reality is that most manufacturers are still in the early to mid testing stages.

In Europe Mercedes has an electric Vito under test and they’ve reached the point where they’ve been testing it in extreme conditions but Opel … General Motors’ European brand … isn’t there yet. In fact they aren’t even thinking of going into production with this Vivaro electric concept … for Opel this Vivaro is a proof of concept … and that’s a little sad because they could have a vehicle here that’s way ahead of the competition. 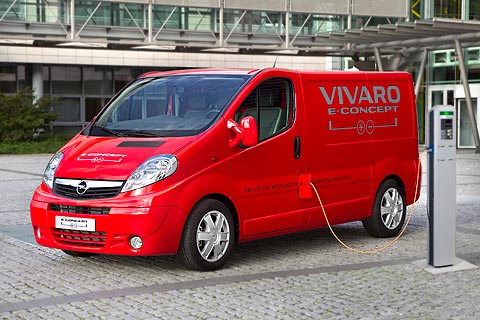 This electric concept van has an 111kW electric motor that produces 370Nm torque and has a range of 100km and then a more conventional engine cuts in and charges the battery through a generator to give the van an extra 300km. While Opel has been a little coy about the details it seems that the Vivaro e-Concept uses a similar system to the Chevy Volt. 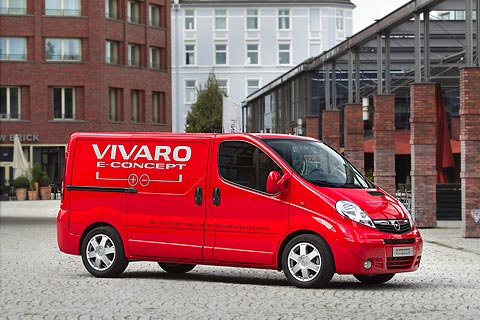 The battery system in the Vivaro consists of a number of lithium ion battery modules that are housed under the floor of the van so that the cargo area is completely clear for loading. The electric Vivaro can be loaded to its full 750kg capacity

The Vivaro electric van can be re-charged from a standard household electric supply so why isn’t it in production or at least close to production? You have to wonder. 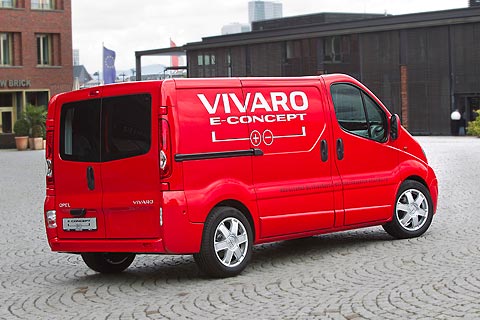