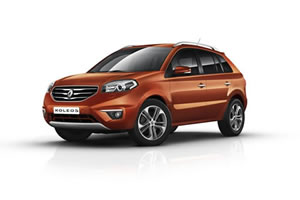 Renault have announced that the “renewed” version of the popular SUV … the Renault Koleos will be released in Australia towards the end of the year.

As with any mid-model refresh the basic shape of the Koleos has been retained but the front end has been revised with a new chrome grill replacing the air intakes on the previous model and new, slimmer headlights have also been added

From the side you can see that the rear-view mirrors now incorporate LED turn indicators and there are new wheel rims available. There has been no change to the body shape at the side or rear.

The all-wheel drive version of the new Koleos features a transmission designed by Nissan and Renault says that this gives the Koleos “genuine off-road capability”. The Koleos certainly has plenty of ground clearance so that claim to having genuine off-road ability could be more than just talk. 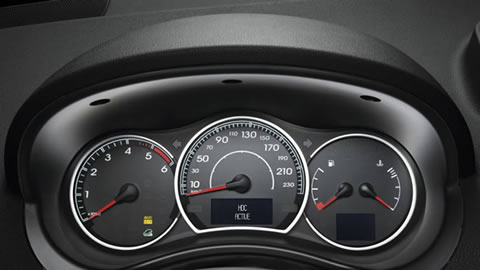 Inside the Koleos
The interior of the new Renault Koleos now features a selection of new upholstery options and the dashboard in front of the driver has been updated.

Renault says that the new Koleos “boasts segment-leading cabin space and comfort” and they say that the Koleos offers more headroom and knee room for the driver and front seat passenger than any other small SUV. 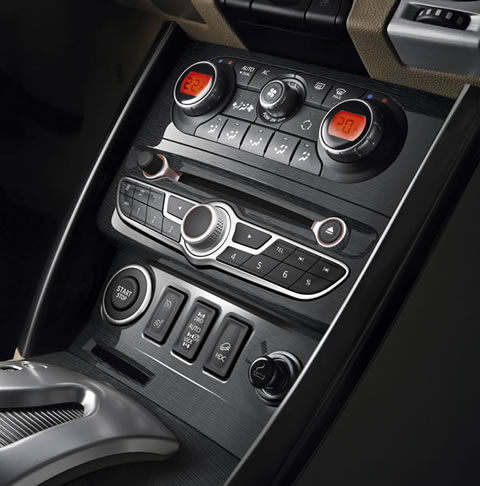 Hopefully they mean it because here at Aussie Motoring we’ve heard that tall drivers don’t get nearly enough leg room. 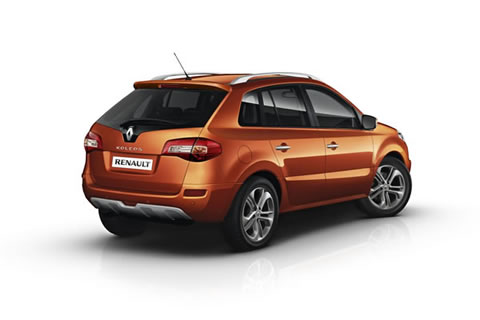 Pricing and specifications for the various models will be released closer to the launch day.