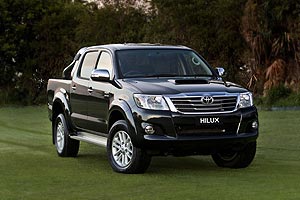 After 30 years and 700,000 vehicles sold in Australia it’s obvious that the Toyota Hilux is one very popular ute and now there’s a new Hilux coming in September.

To get you interested in what’s coming Toyota have released a couple of images of the top of the range Hilux SR5 4×4 turbo-diesel double-cab. (By the way, did you know that the 4×4 Toyota Hilux has outsold the 4×2 version by 40,000 units?)

As you can see from the photos what we’re getting with the new Toyota Hilux is a styling upgrade from the previous model with most of the changes happening forward of the A-pillar.

On the SR5 there’s a new front bumper, revised fender flares and a restyled bonnet that incorporates a relocated air scoop for the diesel version.

A new grill with wrap-around headlights completes the changes at the front and at the rear there’s a new sports bar and taillight lenses. Towing capacity for the 4×4 version has been increased to 2.5 tonnes.

Inside there are changes to the seat and door trim. 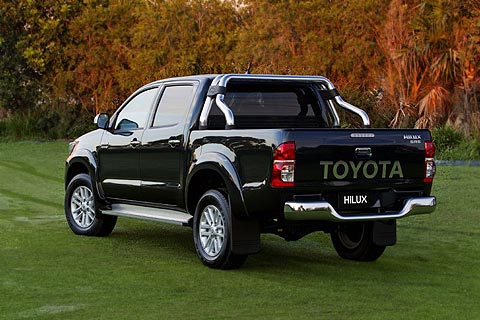 The new Hilux will also see the more entry-level models with new Workmate variants and that’s sure to make the Hilux even more popular with tradies and those who want a vehicle that can handle being a workhorse through the week and something entirely different on the weekends.