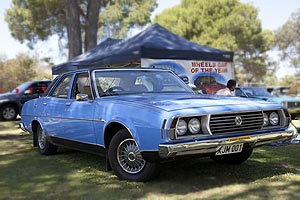 Has there been a car that has polarised the Australian public more than the P76? It doesn’t matter who you talk to, if they know what the P76 is then they have an opinion on the car. In years gone by, in particular the 1980’s and 90’s, the commonly held view was that the P76 was a piece of rubbish. This was not an opinion borne from experience, but rather was founded on rumour and pub talk.

Such comments as “surely a car that was only in production for 18 months cannot be much good” and “the P76 sent Leyland Australia broke” were two of the more common comments, along with the old chestnut “P38 – it was only half a car”. If you owned a P76 during this time you heard it all. Despite such negativity though, the P76 was able to draw from its owners a strong sense of loyalty and devotion. Maybe this was created through the negativity that P76 owners had to endure, but I tend to believe it was because the P76 was and is a damn fine car.

My father purchased his first P76 back in 1981. Not long after buying this car the WA P76 Owners Club was formed. My father joined and soon became an active member.
It was tough going back in the early days of the club, we would attend car shows where the organisers didn’t want our cars on display, and the public thought of us as being freaks for wanting to display P76’s in the first place.

Going to school back in the 80’s and being into cars generally meant that you were either a Holden or Ford fan. But not me, I was a P76 fan. Of course having a big mouth meant that all my mates knew that my family owned P76’s and copping flak though out my school days was normal. Naturally, when it was time for me to get my license in 1990 there was only one car to own. And I ended up buying a P76 V8 as my first car. My mates disgust at me buying a P76 was quickly forgotten when they first went for a drive in the car.

It has been interesting being involved in the P76 for 30 years, over the journey I have come to learn so much about the car and the company that built it. I have learnt that indeed it was not the P76’s fault that Leyland Australia ceased local production in this country, but rather the ill health of the parent company British Leyland. 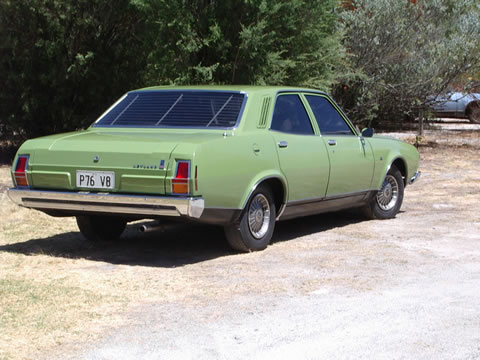 Having had the chance to talk to many people who worked at Leyland during the development and then production of the car, I have learnt that it was a miracle for such a small team to develop a car from the ground up for a meagre budget of $20 million.

Before the P76, Leyland (and BMC before the name change) had only built small to medium size cars in this country. Unlike Holden, Ford and Chrysler, there were no overseas variants to poach ideas or designs from. Leyland Australia designed and built an all-Australian car from the ground up, and not only succeeded in getting the car into production, but designed a car that was far superior to its competitors. 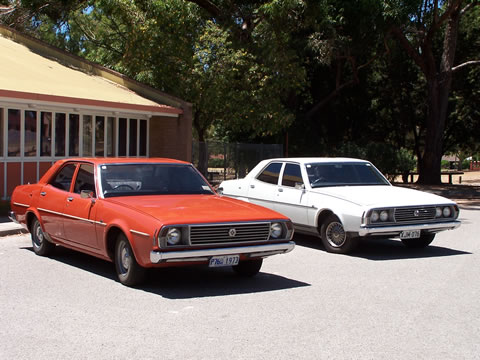 It is satisfying today to attend classic car shows and hear the public response to the P76. I find that at least 90% of comments are positive. This could only have been achieved through all the hard work of P76 owners over the years in ignoring all the negativity and constantly proving the knockers wrong about this great Australian car.

There can be no doubt that the P76 is indeed an Australian Icon.

Editor’s note: All photos included with this article are of vehicles that belong to the author and this piece should be read in conjunction with the comments by Damien at the foot of this piece. Damien not only owns a P76 but he also owns a Ford Falcon GS 351C 4 spd Coupe and his brief comparison of both vehicles is interesting.