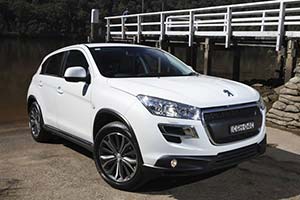 I have to admit that after driving early model Renaults and Peugeots towards the end of my misspent youth I have a real soft spot for anything French that comes on four wheels.

I was particularly impressed by my Peugeot 404 wagon that could get me through just about any sort of terrain even though it was 2WD. Of course, being a quirky French vehicle it couldn’t get me up a hill without boiling but that’s another story.

So with my affection for French vehicles it’s no wonder that the compact Peugeot 4008 SUV caught my eye again when it was released in June … especially when the base model starts at just $28,990 (MLP).

I guess what also impresses me about the Peugeot 4008 is that while there is a 2WD version available there’s also a 4WD version and it’s not just an AWD masquerading as something off-road capability. Peugeot have even trimmed back the body to reduce overhang at the front and rear to enable it to tackle rougher terrain.

Peugeot offer two versions of the 4008 … the base model Active and the top of the range Allure. 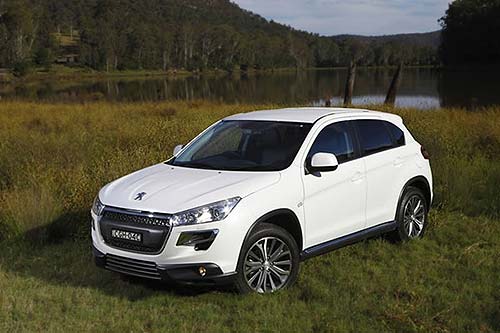 The body
The photos say a whole lot more about the Peugeot 4008 than words can. This is an SUV that you’re not going to mistake for some other maker’s vehicle.

The base-grade model rides on 16 inch alloys while the top of the range rides on 18 inch and has chrome side sills.

The engine and transmission
Peugeot have opted to offer just one engine in the 4008 SUV and that’s a 2.0-litre four-cylinder , fuel injected petrol engine that produces 110kW of power and 197Nm of torque. This engine is mated to a five-speed manual box or a continuously variable auto transmission.

If you purchase the base model you have a choice of manual or automatic and 2WD or 4WD but the Allure is only available as a 4WD with automatic transmission.

If you opt for the 4WD version of either the 4008 Active or the 4008 Allure you have the option of 2WD … on the front wheels … for normal road use, 4WD for when things get a little rough and when you need to dig in and get some traction there’s 4WD Lock.

In normal 4WD the distribution of power between the front and rear wheels is controlled so that most power goes to the front wheels while in 4WD Lock that distribution is reversed and up to 82% of the power is applied to the rear wheels. 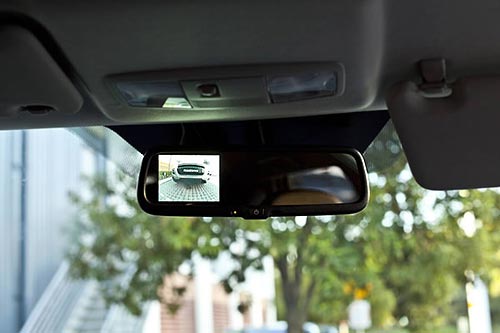 Safety
The Peugeot 4008 comes with all the standard safety features you would expect in an SUV including electronic stability, anti-skid brakes and traction control. Emergency brake assist and electronic brakeforce distribution is also standard across the range.

Automatic headlights and rain-sensing wipers are standard across the range as is cruise control, electronic rear park assistance and height adjustable driver’s seat.

Peugeot have also opted to fit the 4008 with a reversing camera that send images to a display in the rear-view mirror. Personally I find that a little disappointing because I am yet to find a rear-view mirror display that isn’t hampered by ambient light coming through the front windscreen.

When you have a windscreen full of glare it’s a little difficult to focus on a small image in the rear-view mirror. 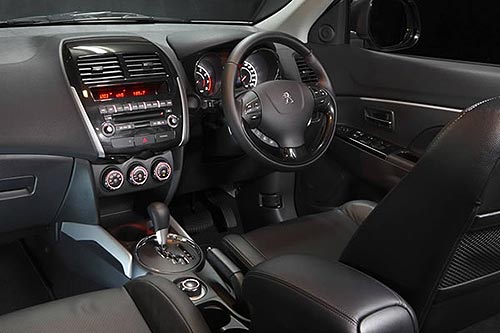 Creature comforts
Reading through the specifications it can be a little hard to spot the differences between the base model Active and the Allure and anything that isn’t standard on the Active is available as an option.

Climate control air conditioning is available as standard across the range and that includes a cooled glove box and pollen filter.

Leather trim seating is not standard on the Active but it is an option.