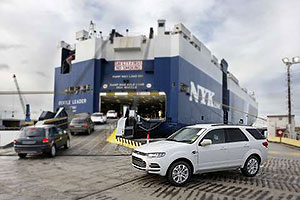 While Toyota and Holden have been exporting quite a few cars for some years Ford here in Australia hasn’t appeared to be all that interested in pursuing export markets for their products.

In 2005 2300 Ford Territory vehicles were exported to South Africa and a small number were sent to Thailand that same year. Of course Ford has been exporting the Ford Territory to New Zealand ever since they first rolled off the production line and has sold around 12,000 there.

That’s not a huge number when you compare it to what Holden and Toyota are doing but it seems that Ford may be having another go at building a market in Thailand. Last week 100 top-of-the-range Ford Territory Titanium all-wheel-drive diesels were loaded on a car carrier in Melbourne. 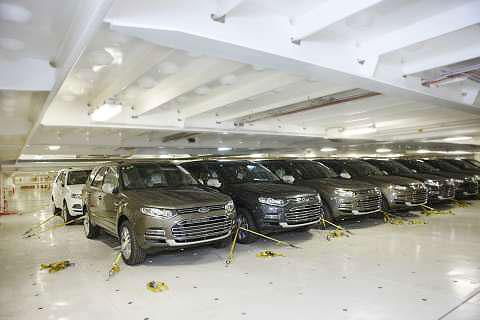 While Ford is making all the right noises about being “excited” and receiving “strong interest” when they displayed a Territory at the Bangkok motor show in March it will be interesting to see if Ford really is committed to selling a vehicle into a foreign market that may go out of production when the next upgrade becomes due.