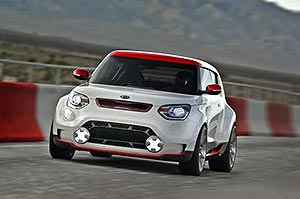 If you liked the look of the Kia Soul but were a little too embarrassed to drive such a sensitive-new-age-guy kind of car then Kia’s latest concept … the Kia Track’ster – might be more to your liking.It’s a Kia Soul given Kia’s US design studio’s treatment band now we have something that at least it looks like it has more grunt than sensitivity.

And you can have your first look at it at the Australian International Motor Show that opens this month.

While the original Kia Soul looked nice and friendly the Kia Track’ster has a snarl to it that makes it look positively fearsome and from any aspect the new Track’ster reeks of attitude with a capital ‘A’. But it’s definitely at the front where the attitude really grabs you were large LED driving lights frame a mouth that swallows great gulps of air.

The wheelbase of the Kia Track’ster concept has been stretched by 25.4mm compared to the Soul and brakes … 356mm Bembo vented and cross-drilled discs with six-piston calipers suggest that there’s going to be some power under the bonned … to go withg the attitude. 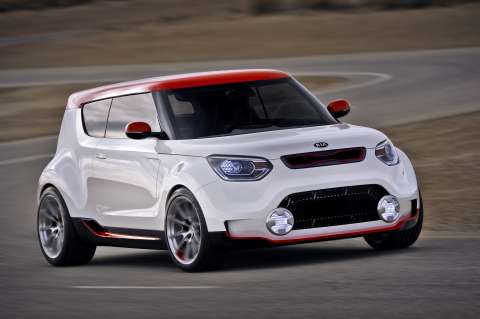 And there is some power hiding under the bonnet in the form of a turbo-charged 2.0-litre engine that puts out 186kW – 66% more that the current production Soul.

This is also just a 2-seat coupe with nothing but storage space behind them … something that is unlikely to see the light of day in a production version. 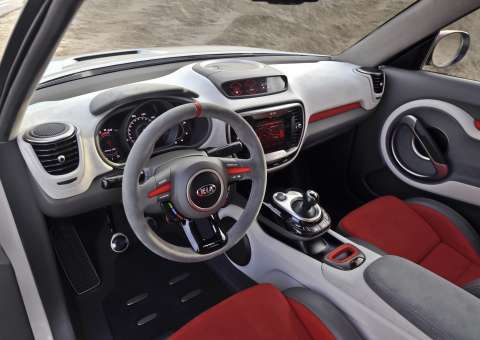 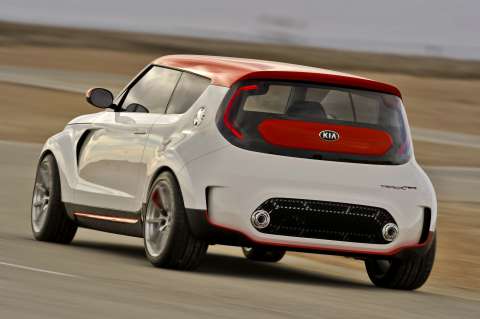