Skip to content
3 Comments on A New Nissan NavaraPosted in 4WD, Nissan By Stuart LiveseyPosted on November 29, 2005September 18, 2018

Nissan has launched it’s all-new Navara D40 dual-cab this week. Built in Spain the new range of vehicles will be sold alongside the existing D22 model and will include a 2WD model in the up-market version. 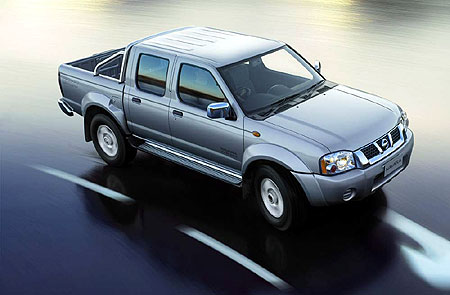 Nissan believes that the new D40 is going to take on the Toyota SR5 Hilux while the older D22 will compete strongly in the area of the 4WD market that includes Triton and Rodeo.

The D40 is a bigger vehicle all round than the D22 and comes with a choice of diesel or petrol engines coupled to a 6 speed manual or 5 speed automatic gearbox.

There will be two models in the the range. The RX version is the entry-level model while the ST-X is the up-market version. Prices start at $38,990 for the V6 petrol RX and $40,990 for the diesel version.

Update You can see further information about the Nissan Navara here.

3 thoughts on “A New Nissan Navara”