The popularity in Australia of diesel engines has hit a new high with analysis by ACNielsen showing that 95 per cent of diesel owners would purchase a diesel-powered vehicle again.

Commissioned by BMW in order to evaluate customer experiences with diesel fuel, fuel stations and driving patterns, the survey of diesel customers found that high-performance engine characteristics along with exceptional fuel economy are the prime considerations for diesel buyers, followed closely by resale value.

“People are drawn to BMW diesel engines for their power and performance and of course, their excellent fuel economy,” said Tom Noble, General Manager Marketing at BMW Group Australia.

The availability of diesel fuel, along with the presentation and cleanliness of fuel sites, were also evaluated in the online survey distributed to over 3,900 owners of the BMW X5 3.0d, the first diesel model introduced by the company in Australia. 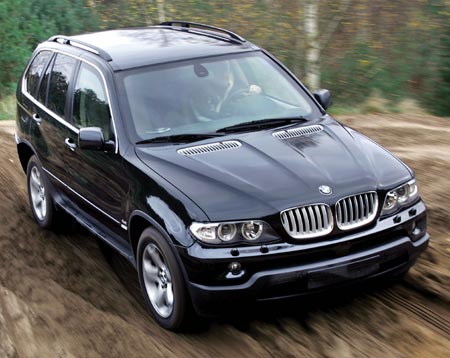 Off-road with the BMW X5

Less than half of customers surveyed (43 per cent) described the presentation and cleanliness of fuel stations as good or excellent when filling their vehicle with diesel fuel.

Contrary to general opinion, men are more likely than women to be dissatisfied with the presentation and cleanliness at a fuel station.

However 75 per cent of owners report diesel fuel being generally or always available and more than half (66 per cent) tend to purchase diesel fuel at their preferred fuel station.

The survey also found that owners are most likely to do the majority of their driving in the city or an even mix between city and rural driving. At 73 per cent combined, this compares to just 27 percent of owners who classify their driving as mainly rural.

Whilst high-performance engine characteristics, fuel economy, and resale values were the most important factors in the purchase phase for the average diesel X5 buyer, the split between city drivers and rural drivers reveals some differences at the margins.

Confirming the popularity of the BMW X5 3.0d experience, 95 per cent of owners surveyed declared their intention to buy a diesel-powered vehicle when they next re-purchase. This figure rises to 97 per cent for owners who drive more than 20,000km per year.

BMW Group Australia introduced the diesel-powered X5 3.0d in 2003 and has delivered more than 4,700 examples since, putting the phenomenally successful, sporting and luxurious X5 in a clear leadership position.

The proportion of diesel-powered X5 sales continues to grow with the 3.0d model this year accounting for more than 65 per cent of total sales.

Today, BMW offers diesel engines in the 1 Series, 3 Series, 5 Series as well as the X5 and X3 Sport Activity Vehicles.

BMW Group Australia’s expansion of its diesel line-up has been the result of the availability of low-sulphur diesel that blends perfectly with the high-technology BMW diesel engines and the growth in demand for diesel power plants.

The diesel survey was initiated by BMW Group Australia with an online questionnaire completed by purchasers of new BMW X5 3.0d vehicles. A response rate of almost 30 per cent was achieved and analysis of the data was conducted by ACNielsen. 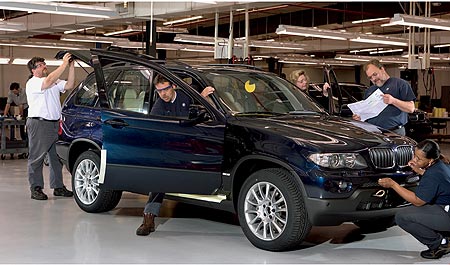 A BMW X5 undgoes final checks before despatch from the BMW plant.