The Queensland Government today reaffirmed its support for ethanol blended fuels at Saab Australia’s launch of its revolutionary BioPower car at the Holden Performance Driving Centre on the Gold Coast.

The Saab BioPower car is the first ethanol production car in Australia that runs on 85% ethanol using its flex-fuel capability, giving motorists the ability to swap between normal unleaded petrol, E10 (10% ethanol and 90% petrol blend) and E85 (85% ethanol 15% petrol blend) when it becomes available.

Minister for State Development John Mickel is delighted that the Queensland Government has been asked to trial the Saab BioPower car, Australia’s first ethanol production car, under local conditions in the coming month. 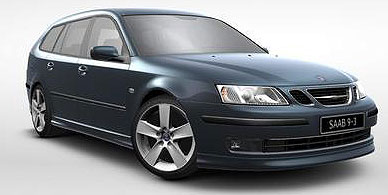 “Saab Australia has recognised the Queensland Government’s commitment to promoting the use of ethanol blended fuels among motorists and our leadership in building up this burgeoning industry,” Mr Mickel said.

“Presently most motor vehicles in Australia are compatible with ethanol blended fuels up to 10%. However, blended fuels are here to stay and based on overseas trends E85 will be the next step.

“The Beattie Government is championing +e fuels in Queensland and the opportunity to partner with Saab Australia will demonstrate to the automotive industry and the community that this is a fuel for the future.”

At its launch today, Saab Australia presented one of its revolutionary BioPower cars to Minister Mickel beginning a one month trial driving on local Queensland roads.

“The Saab BioPower vehicle will be driven alongside conventional QFleet vehicles to assess how it performs against fossil fuelled vehicles,” Mr Mickel said.

The Director of Saab Australia, Mr Parveen Batish, said Saab was committed to bringing BioPower to market locally as soon as possible.

“If the QFleet trial is a success and we get positive feedback on the BioPower program we would like to move quickly to launch BioPower for sale in Australia.”

“With Saab BioPower we hope we can play a role in stimulating demand for renewable fuels, such as E85. This would be an important step towards breaking the current ‘chicken and egg’ situation we face as a community in relation to introducing alternative fuels,” Mr Batish said.

And if you’re wondering why Saab would choose a Holden facility for this launch then we can tell you that Saab is marketed in Australia by Holden.

Saab and the Queensland Government in a Green Car Trial