Skip to content
2 Comments on Toyota SoarerPosted in Toyota By Stuart LiveseyPosted on February 12, 2007September 17, 2018

The Toyota Soarer was a luxury coupe built by Toyota in Japan from 1981 to 2005. In 1990 Toyota moved the Soarer from it’s regular vehicle line-up to the Lexus brand. The Soarer certainly fitted into the Lexus brand because it’s comfort and equipment levels were right at the cutting edge for it’s time. 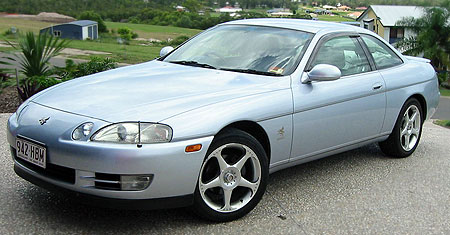 The Soarer was never marketed directly here in Australia by Toyota however quite a few did find their way into the country over the years. Many owners imported their Soarers directly from Japan and the 1996 Soarer SC300 that you see here is one that arrived here in that way.

These days the Toyota Soarer is becoming popular with collectors and younger enthusiasts and the high demand, coupled with the low numbers in Australia, is keeping prices up. 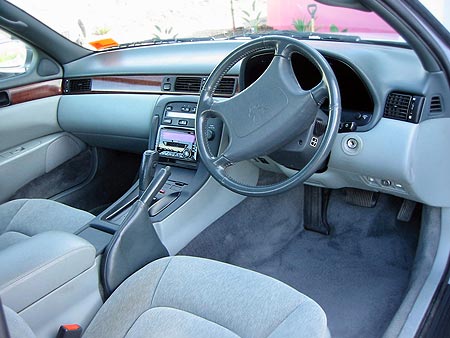 One unusual fact about the Toyota Soarer is that there seems to be a regional popularity about them. Here in this town there are three or four Toyota Soarers that I see regularly yet while I was living in Tasmania and on the road every day I never saw one. Google currently suggests that more people in Adelaide are searching for ‘Toyota Soarer’ than in any other part of Australia.

This particular Toyota Soarer is currently for sale and you can see all the details of the vehicle – along with more photos by following the link.

Save heaps on brand-name workshop tools