Skip to content
Posted in General News By Stuart LiveseyPosted on April 9, 2007September 17, 2018

It’s hard to believe that a General Motors brand would ever think of building a compact car like these but it’s been hard for Chevrolet to ignore the dollars that one segment of the market are prepared to spend on cars of this size.

So at the New York motor show Chevrolet have unveiled not one but three small concept cars. The vehicles were the Groove: 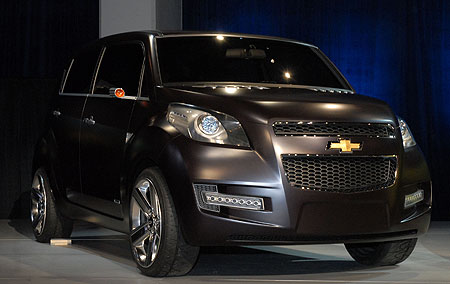 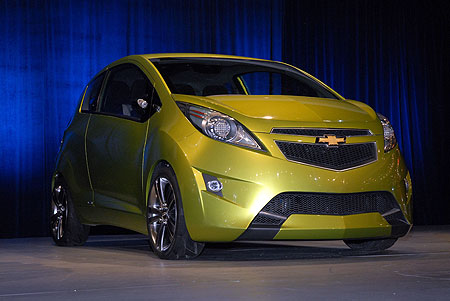 and the Chevrolet Trax – a vehicle with some SUV overtones and very little room behind the rear seats.

Unfortunatley Chevrolet can’t decide which model to run with so they want the consumer to tell them which vehicle should go into production by 2010. (To help consumers make a choice Chevrolet did have a website online although they have since removed it.)

But don’t expect to be able to make an informed decision. You see Chevrolet don’t actually show you a any of the three cars from every angle on that website. And if you happen to be on a dial-up connection the site may not want to talk to you at all.

If you do get to the site check out the photos of the Beat and if you can tell me what that thing is behind the rear seat please do so. She who likes to drive with her foot pressed through the floor can’t decide whether it’s some sort of futuristic speaker or a porta-pottie for when you’re caught short in a traffic jam.