I guess it’s time to come out of the closet and admit to the world that I’m a big fan of the classic VW. There’s no car with more quirky character than the classic Volkswagen Beetle. No matter how much you tart up the latest version of the Beetle it still doesn’t have the same appeal as the old Beetle. 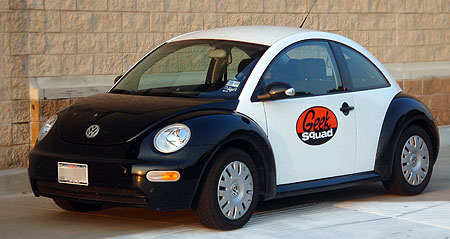 Photo courtesy of dantada and Morguefile.com

That’s probably why I just had to tell you about a new website out there that was called “The Classic VW Beetle” (theclassicbeetle.com) – a site that will take you through “the travails of an amateur Classic VW Beetle enthusiast”. I say “was” as it no longer exists, unfortunately. Let’s hope it gets resurrected some day.

However, if you want to see the Beetle in all of its quirky splendour then start with “Thinking About Customizing Your VW Beetle” (search). You can still also search for VW flower pots, the VW helicopter, the VW Beetle crossed with a ’57 Chevy, a stretched Beetle limo and other interesting variations on the theme. The pity was that this website had all this in one place. Now it’s all distributed across the internet. An opportunity for someone ?