Following its world debut in April at the Auto Shanghai 2007, the BMW Concept CS has been confirmed to appear at the Australian International Motor Show in Sydney from October 11.

Showcasing a new design philosophy for BMW, the Concept CS is based on a bespoke platform, with this unique car offering a vision of future BMW design rather than the first look at a new product. The BMW Concept CS is a four-seat premium vehicle that takes sophistication and luxury to a new level in the shape of a four-door coupe.

The BMW Concept CS was created by a team at BMW Design Development in Munich and comes with several exterior and interior design touches that could make their way on to future models. Its body width increases towards the rear to emphasise the sporting pretensions and wide track of the car. 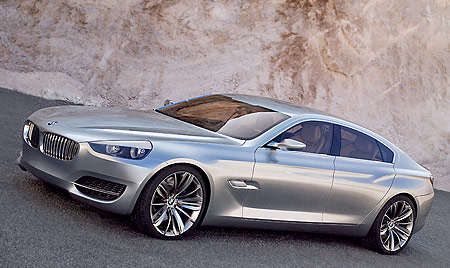 A driver-oriented cockpit is consistent with BMW’s ethos of building drivers’ cars while a fresh look at ergonomics makes for superior comfort in the controls and displays. Ceramics as the material for the controls and instruments have also been introduced to BMW for the first time, while the driver and his three occupants are cocooned in innovative sports seats with a height-adjustable collar element. 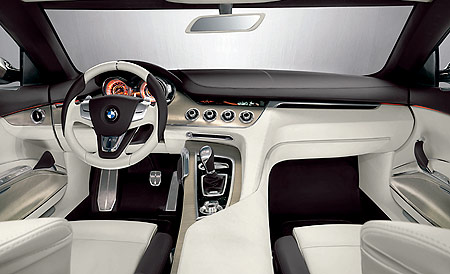 The new design of seat houses elements of the car’s entertainment and communication features for enhanced personalisation.

The BMW Concept CS is a design study. However, it is likely that key elements of the car could appear on forthcoming new models and even if they don’t you’ll be able to the CS in Sydney this October.