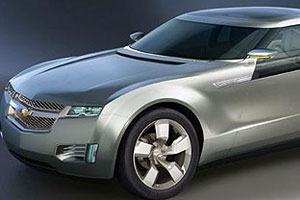 Motoring writers from Edmunds.com were given a brief opportunity to test-drive the new Chevy Volt … GMs all new hybrid vehicle that’s due out in Australia in 2011 and their impressions were mixed.

While suggesting that the engineers had provided a car that ticked most of the boxes they did describe the Chevy Volt’s acceleration as ‘mediocre’ and you wouldn’t spin the tyres unless you were on a wet or loose surface.

Of course if the Volt was to have sparkling acceleration it’s battery will drain quicker so obviously there have been some trade-offs here and, while spinning your tyres isn’t high on the list of priorities for most drivers, no one would want to buy a car like the Volt if a an unscalded cat could beat it away from the lights.

But it’s something that could be fixed by the time the Volt lands in Australia.

One thought on “Chevy Volt Acceleration Described as ‘Mediocre’”