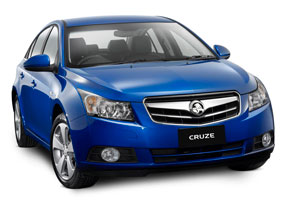 We’re not even into 2010 yet but General Motors have already announced one of their 2011 cars – the Cruze – and say that it will be on sale in the United States in the third quarter of 2010.

That’s not all that noteworthy because it’s already available in Australia … the current version is shown in this photo … and it’s been available in Europe for a whole lot longer.

What is remarkable about the Cruze is that General motors is trumpeting that it will return 40 miles per gallon on highway running and that equates to 5.88L/100km out here. 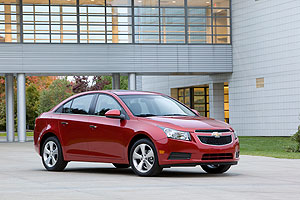 Well in the United States GM will be selling a 1.4 litre turbo version but just how popular a small car like the Cruze will be to Americans who still like their cars big remains to be seen.