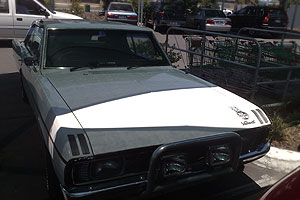 Sometimes you come across some classic cars parked in the most awkward places around this town and that’s where I found this 1970 Valiant VG Pacer 245. The VG was the second Valiant to feature those front blinkers that were so difficult to see.

Because of everything else around it I could only get these two photos but you can still see all the classic beauty in this Australian built car. This Pacer came with your choice of three different versions of the 245 engine. 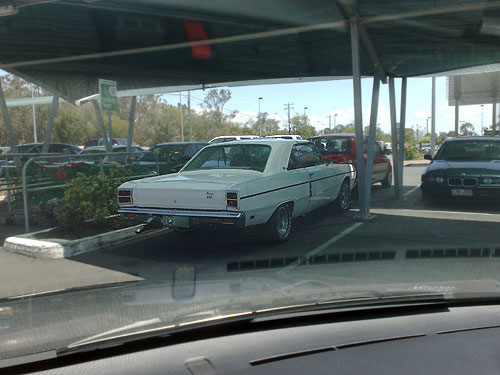 The Valiant Pacer in this photo was still in pretty good condition but there was some rust around the bottom edges of the driver’s door.