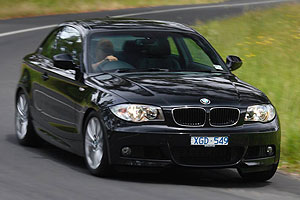 Since it’s introduction to Australia the BMW 1 Series has been the entry level for all of us who love the thought of driving a Beemer but couldn’t justify the massive hit in the hip-pocked that would come with a 3 Series. If you’re almost ready to take the step up to a BMW then the announcement by BMW of the arrival of some new 1 Series models that come with some environmentally friendly credentials is good news.

Leading the charge are two all new diesel engines that bring the very best in diesel technology to the 1 Series Sports Hatch, Coupe and Convertible range. With a model designation known as the BMW 118d and 123d, both new diesel engines represent the pinnacle of BMW EfficientDynamics.?

Each new model will be equipped the very latest in fuel saving technology, including Auto Start/Stop Function, Optimum Shift Indicator, Electric Power Steering and Brake Energy Regeneration. As the 2008 ‘World Green Car of the Year’, the BMW 118d Sports Hatch enters the Australian market with the right green credentials.

Developing 105kW and peak torque of 300Nm, the BMW 118d Sports Hatch uses just 4.5 litres/100 kilometres and emits a mere 119 grams per kilometre of CO2. You get all that plus acceleration from 0-100 km/h in just 9.0 seconds, almost 2 seconds ahead of its closest rival. 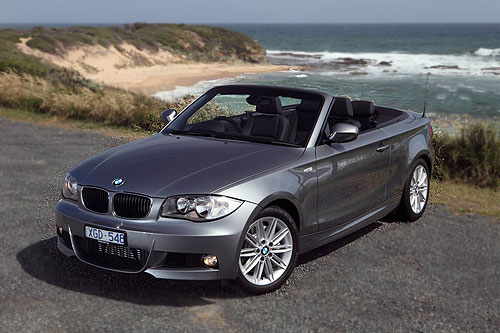 Power is generated by a four cylinder diesel engine with a displacement of 2.0 litres and includes an aluminium crankcase and particulate filter, aiding in the vehicles fuel efficiency and emissions prowess. The same turbo charged engine will also feature for the first time in the convertible making the BMW 118d Convertible the first open air vehicle in the BMW range to receive a diesel power plant.

Like its sibling, the 118d Convertible consumes just 4.9 litres per 100 kilometres and accelerates from 0-100km in 9.5 seconds.

The big news though is the introduction of an all new four-cylinder TwinPower Turbo Diesel power plant, opening up what BMW describes as “a new dimension in BMW EfficientDynamics”. In a first for the Australian market, this exclusive engine will also appear in the BMW 123d Sports Hatch, Coupe and Convertible.

The new 2.0-litre four-cylinder diesel features Variable Twin Turbo technology and common-rail fuel injection, generating 150kW with peak torque of 400 Newton-metres at 2,000rpm. In performance terms the new BMW 123d Sports Hatch and Coupe are similar to the 130i Sports Hatch, accelerating from 0-100km/h in just 7.0 seconds, whilst the new 123d Convertible covers the same ground in just 7.5 seconds. 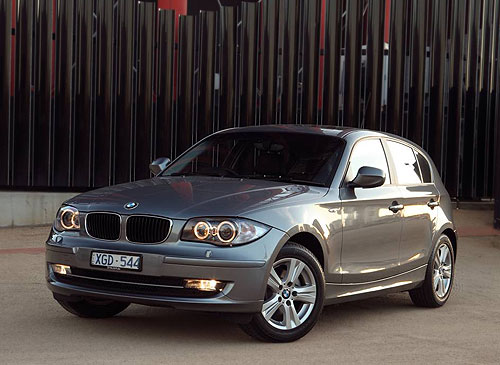 Utilising technology carried over from that used in BMW’s six-cylinder diesels, like the X6 xDrive35d, the Variable Twin Turbo technology employs the use of a small and large exhaust gas turbocharger. At low engine speeds the small turbocharger provides spontaneous power and performance due to its low inertia whilst at higher engine speeds the large turbocharger is introduced to provide additional boost. The result is some serious power and pulling force accessible to the driver through the entire rev range.

The new four cylinder diesel BMW 123d is also the first engine with common-rail direct injection where the piezo injectors deliver fuel into the combustion chambers with extreme precision at a pressure of 2,000 bar.

The new 1 Series Sports Hatch, Coupe and Convertible range will be available for customer delivery from December 2009.

* Manufacturer’s Recommended List Price is shown and includes GST and Luxury Car Tax (LCT) but excludes dealer charges, stamp duty, statutory charges and on-road charges which are additional and vary between dealers and States/Territories. Customers are advised to contact their nearest BMW dealer for all pricing inquiries.