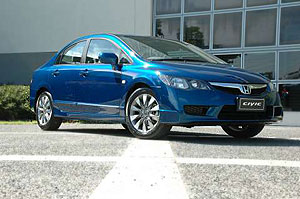 Following the introduction of Vehicle Stability Assist (VSA) across the entire Honda Civic sedan range in February 2009, Honda Australia has now added curtain airbags as standard equipment on the entry model Civic VTi sedan with the introduction of the 2010 Year Model.

The inclusion of these features on all 2010 Civic models gives customers the highest levels of safety, regardless of which model they choose.

In addition, the 2010 Civic offers customers a greater colour choice with an expanded palette to include Dyno Blue and Habenero Red. Dyno Blue is making its Australian debut, while Habenero Red was first seen with the introduction of the Honda City in February 2009. 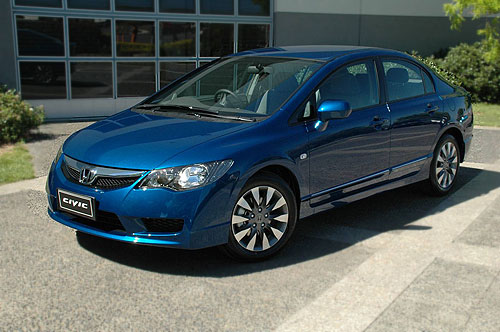 Other upgrades include sporty ten-spoke 16 inch alloy wheels on the VTi-L model.

The upgrades to the eighth-generation Civic will ensure its ongoing success in the competitive small car segment and it’s already a multi-award winner in Australia. The Civic VTi was crowned ‘Best Mid Size Car under $28,000’ by Australia’s Best Cars (Australia’s major motoring clubs award) in 2006 and 2007 and also received Drive’s Car of the Year ‘Certificate of Excellence’ for Best Interior in 2006.

Commenting on the introduction of the 2010 Honda Civic sedan, Honda Australia’s Senior Director Mr. Lindsay Smalley said, “The eighth-generation Civic has been very successful for Honda since its launch. These enhancements make the Civic even more enticing while continuing its reputation of providing outstanding value. The same features as the VTi including:

The same features as the VTi-L including:

Some features of the Civic Hybrid include: