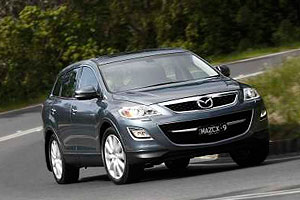 Mazda CX-9 was launched in Australia in December 2007 to critical acclaim. It was then and remains today Mazda’s largest and most powerful vehicle and the only 7-seat SUV to eloquently blend sporty and dynamic design with utilitarian practicality.

In just two years the CX-9 has received 17 global automotive awards, including North American Truck of the Year and Motor Trend magazine’s SUV of the year in 2008. Over 70,000 CX-9s have been sold around the world, with almost 7,500 of those sold in Australia.

Now Mazda has decided that it’s time for a facelift and Mazda escribes the resultl as “a bolder and more sophisticated design incorporating a larger lower grille and Mazda’s expressive five-point ‘family face’. The interior has also been upgraded with new features while an all-new Grand Touring model takes CX-9 luxury to a whole new level”. 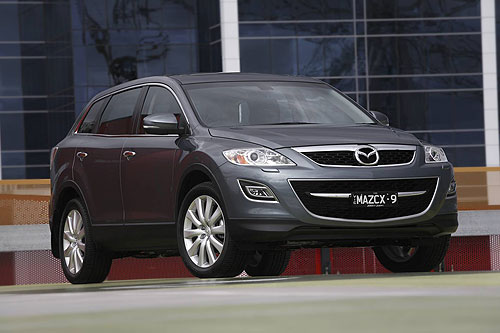 The new CX-9 is available in six mica/metallic colours, including an all-new colour: Dolphin Grey.

All CX-9’s are powered by Mazda’s largest capacity engine: A 3.7 litre V6 petrol engine with 24-valves, DOHC and Sequential Valve Timing (S-VT) which produces 204kW of power and 367Nm of torque when mated to a 6-speed Activematic transmission. Power is delivered to the road via Mazda’s on-demand Active Torque Split (ATS) all-wheel drive system.

The addition of silver garnishes front and rear enhance dimension and sharpness and CX-9 remains the only car in its class to offer 20 inch alloy wheels (standard on Luxury and Grand Touring models). 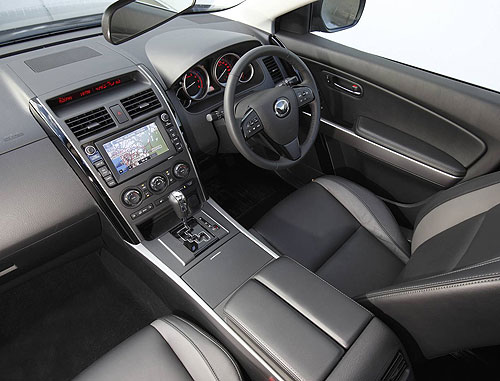 The new CX-9’s bold theme continues on the inside with chrome and Piano Black plating throughout the cabin. A double opening centre console lid is adopted and a dial system on the air-conditioning panel for rear occupants has been replaced with a flush surfaced design and LCD indications. The steering wheel from New Generation Mazda3 is adopted for CX-9 and Piano Black trim is applied for a premium luxury finish.

All CX-9 models are appointed with three-zone climate control air-conditioning, alloy wheels, cruise control and power windows and mirrors. An MP3/WMA compatible CD player is operated through a display which includes a reversing camera with rear parking guidelines. 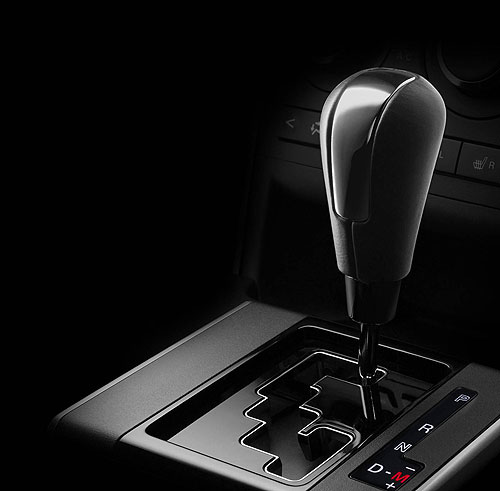 CX-9 is about to enter its third year of production and its combination of dynamic styling, safety, versatility and performance ensures Mazda’s flagship crossover SUV continues to wow customers.

Mazda expects to sell around 260 CX-9’s each month with the following model split (lifecycle average):