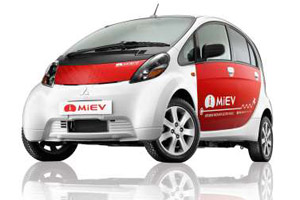 The i MiEV from Mitsubishi is likely to be the first production electric car to hit Australian roads and it’s already been out on streets over the last few months but the promotion seems to have been rather low-key compared to what Nissan is doing with the Leaf in the US.

Despite that low-key promotion here international interest in the vehicle has been considerable. Currently, the i MiEV is undergoing feasibility studies in a number of countries around the world, including the United States, Europe, the United Kingdom, New Zealand, Iceland and Canada. 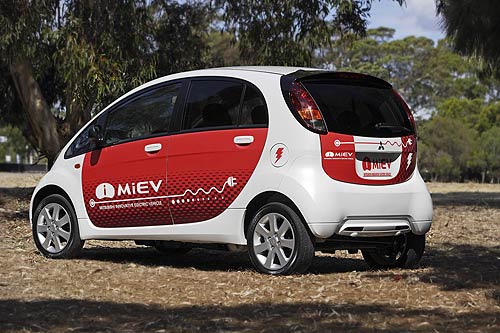 Utilising a large-capacity lithium-ion battery system and a compact, high-output electric motor in place of a traditional gasoline power train (based on Japanese and European trial figures) the i MiEV has some impressive technical specifications for a zero drive-time emissions vehicle. 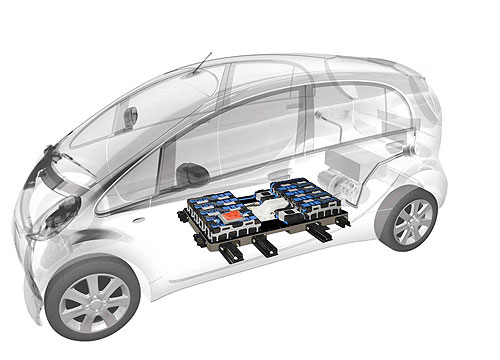 Producing 47 kW of power and 180 Nm of instant torque, the i MiEV’s permanent magnet synchronous engine is supported by what Mitsubuishi describes as “a revolutionary” lithium-ion battery from the newly formed joint venture company Lithium Energy Japan. 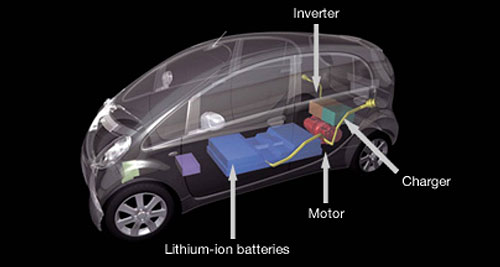 With total voltage measuring 330V, and total energy output at 16kWh, the compact battery and motor reside under the seating and in the back of the vehicle.

This allows seating capacity for four individuals and good size luggage compartment in the rear of the vehicle. In a small car, this maximisation of space is made possible by the i MiEV’s smart design and long wheelbase of 2550mm.

Requiring seven hours from a normal domestic household power supply for a full battery charge, the i MiEV should ideally be left to recharge overnight, making it perfect for daily commuting over common distances in a city landscape.

Able to reach a top speed of 130 km/h, with a range of around 160 kilometres* from a single charge, the i MiEV is a rear-wheel drive vehicle with three ‘speeds’: Drive, Eco and Brake. 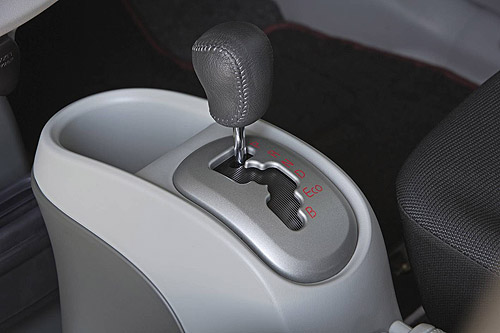 Drive is the full power mode where the car drives under normal mode. Economic or ‘Eco’ mode allows the power to drop out automatically to extend the i MiEV’s cruising range and fuel efficiency.

Brake mode offers high regenerative braking that absorbs as much kinetic energy as possible – restoring power to the battery – and is perfect for downhill driving. 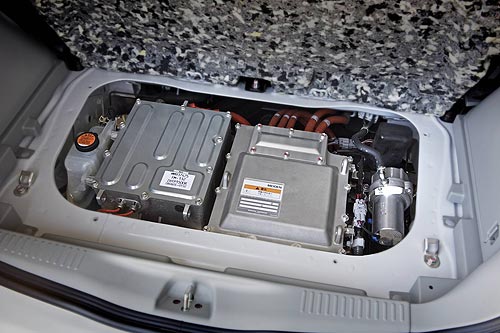 Compared to a similar sized petrol car, the running costs per kilometre are around 33% lower. If charged during off-peak or night time hours the operating costs will be even less. 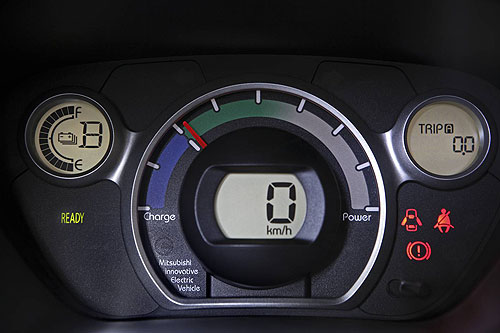 Following testing around the country Mitsubishi plans to build on the initial exposure program with a range of longer-term trials of the i MiEV in government and private fleets across the nation. 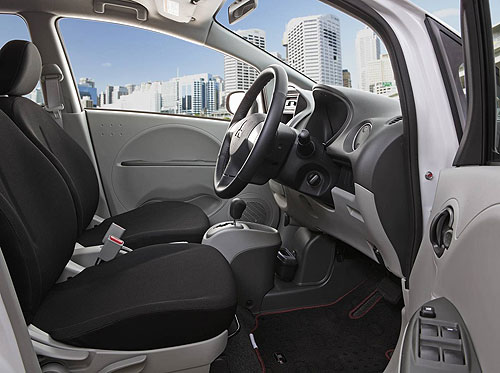 Through this i MiEV program, MMAL will receive feedback from key stakeholders regarding the viability of the technology and, in doing so, lay the foundations for the possible sale of the vehicle in the Australian market.

The Mitsubishi i MiEV