Shannons will stage Australia’s first truly national Show & Shine over the NSW Labor Day long weekend from 1-4 October 2010, with more than 2,000 vehicles of all makes and ages expected to converge on Echuca-Moama on the New South Wales-Victorian border.

CARnival, which is being organised by CAMS, will be the largest national car club gathering ever staged in Australia. It is fully supported by the local Shires and will become an annual festival celebrating our enjoyment of all types of motor vehicles.

The Shannons CARnival Show & Shine, staged on the grassy banks of the Murray River, will be the centrepiece and visual highlight of the CARnival Motoring and Motorsport Festival, which has been designed to appeal to all members of all CAMS and invited car clubs – irrespective of whether their interest lies in passive or competitive motoring activities. 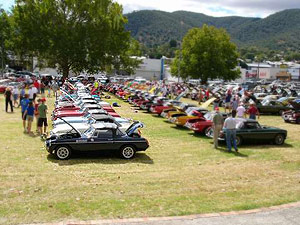 Shannons CARnival Cavalcades from eight major regional centres in Victoria and New South Wales will bring enthusiasts to the event in co-ordinated fun-runs.

The unique CARnival format will allow clubs to select from a broad menu to tailor their own ‘National’ meeting from a range of static and active events.

All vehicles will participate in the huge Shannons display, where they will be grouped by Clubs, make and model.

Arriving on Friday October 1, participants will also be able to take part in a wide range of events, from ‘Fun-khanas’ involving the whole family, to more competitive Motorkhanas on sealed and unsealed surfaces, an airfield Speed Event and Standing 400 metre Sprint, two Auto Tests, a multi-stage gravel RallySprint and a twilight navigation touring event on local roads. 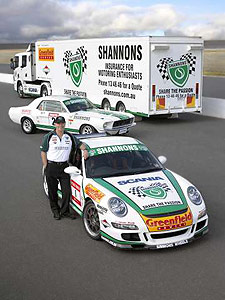 Another crowd-pleasing feature of CARnival will be the Shannons Superstars, giving the public the opportunity to see the cars and meet and greet the drivers from a number of major V8 Supercar and Touring Car Masters’ teams as they ‘pit stop’ in Echuca-Moama on their way to the Bathurst 1000 the following weekend.

More CARnival details, including entry information, will be available early in the New Year on the CAMS and Shannons website.