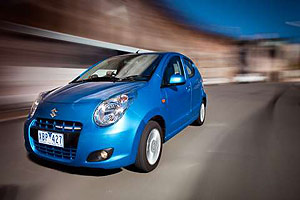 Suzuki Australia has set a new pricing benchmark for its award winning Alto and Swift light car models with price cuts across the range.

“Suzuki has always represented great value for money and the new pricing for Swift and Alto only adds to that well-earned reputation,” said Suzuki Australia General Manager Tony Devers.

The entry level GL manual will now start with a recommended retail price of $11,790, representing a $700 reduction. In January, Suzuki will offer the GL with a driveaway price of $12,490.

“The Alto GL is a fantastic buy, offering the safety of six airbags and ABS as standard, outstanding fuel economy of only 4.8 litres per 100 kilometres and Suzuki’s legendary reliability.”

“Other manufacturers have additional costs at the entry level end of the new car market for safety features such as ABS braking, but the Alto GLX comes standard with ABS plus the potentially life saving technology of ESP stability control, six airbags, alloy wheels and driving lights.

“Surely this highly specified five door vehicle is the best value package on the market.

“There have been some attempts by other manufacturers recently to match the Alto’s outstanding safety and value, but no-one comes close to the total package. We will offer the GLX in January at a driveaway price of only $12,990.

Automatic versions add $1500 to the figure. 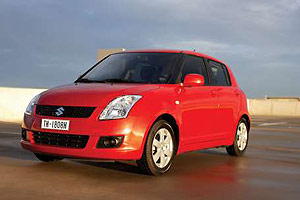 Customers wanting to add the extra safety of side and curtain airbags to their Swift can do so for only $550, compared to $700 in 2009.

The Swift S, which comes standard with six airbags, fog lamps and stylish alloy wheels, has dropped from last year’s pricing of $18,790 for the manual version of only $17,590.

“With these pricing cuts there has never been a better time to test drive a new Suzuki and find out why it has become one of the fastest growing brands in the country,” said Devers.