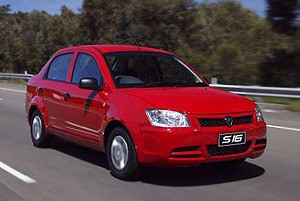 It’s that time of year again when many parents are preparing to send their kids off to university or TAFE. You’ve thought of the fees … you’ve thought of books and now you’re probably starting to think about transport.

Of course there’s public transport but few uni or college courses fit in with public transport timetables and you don’t want your kids sitting on a late night train or bus and sometimes there just isn’t any public transport. When my youngest went to university she spent four years traveling from Orange to Bathurst in New South Wales and it was cheaper for her to do the travel rather than try to find somewhere to rent that was close to the university.

There’s also the possibility of your young student using the family car … but that gets old very quickly and before long there’s a lot of resentment every time your child wants to take the car.

So it’s easy for a parent’s thoughts to turn to the possibility of buying their child a car of their own … but what do you buy?

But if you’re like most people you’re not made of money so you’ve got to work within a fairly tight budget so for the purposes of this article we’ve set an arbitrary limit of $15,000 on the road.

Now that’s going to cut out some very reliable small cars because they just don’t come that cheap and it’s also going to cut out a few models with automatic transmissions but … well… they should have learnt to drive in a manual anyway.

So now that I’m hiding from all those people who can only drive automatics let me give you the list of new cars that we’ll be looking at here. In no particular order they are:

It’s not a big list is it? However there are several others including the Toyota Yaris and the Holden Barina that you can pick up for under the $15,000 dollar limit from time to time when the manufacturers are running special deals. We haven’t included them here though because we’ve chosen the cars in this survey based on their list price … not on any special sale price..

Ok so let’s start with the very cheapest vehicle on the list … the Proton S16 sedan. Proton is a Malaysian company that has been building cars for years and some of them have been exported to Australia in the past. However Proton did leave Australia for a period of time and has only come back into this market it the last two years or so.

The Proton S16 is undoubtedly an attractive car for many people simply because of its price and it certainly does come with a nice range of features for such a cheap car. Some of the features include air conditioning, power steering and a CD player that will play MP3 tracks.

The Proton S16 is powered by a 1.6L four-cylinder petrol engine that drives the front wheels via a five-speed manual gear box. Fuel consumption figures are a credible 6.3L/100km and emissions are 148 grams of CO2 per kilometer.

The interior is fairly basic with a plastic steering wheel with tilt adjustment and cloth/velour seats front and rear. Cup holders are provided front and rear for that early-morning caffeine boost that every university student needs to get the brain ticking over.

However, there are two down-sides to this vehicle. The Proton dealer network is not extensive so finding one in your locality may be difficult and even more importantly the Proton S16 has yet to receive an ANCAP rating and that’s just not good enough. Even in today’s world the Proton S16 only has an airbag for the driver.

If you want to give your child the best chance of surviving an accident then this is probably not the car that will interest you. 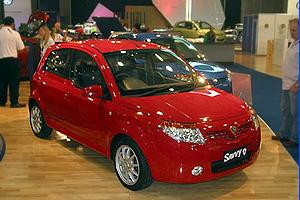 The Proton Savvy is a five-door hatchback and it’s powered by a 1.1L four-cylinder petrol engine that drives the front wheels through a five-speed manual gearbox. Fuel consumption is just 5.7L/100km but the emissions are somewhat higher than the S16 for it produces 134 grams of CO2 per kilometer.

The Proton Savvy comes with air conditioning as standard, as is powered mirrors and windows, power steering, cloth upholstered seats front and rear and a 12 volt outlet in the front. There’s also an AM/FM radio and CD player and cup holders front and rear.

From a safety aspect there’s ABS braking, driver and passenger front airbags and electronic brake distribution and the Proton Savvy has a three star rating from the NCAP … the European version of our ANCAP.

The power train and anti-corrosion warranties for the Proton Savvy are the same as for the S16 and Proton Savvy owners also get free roadside assistance for three years. 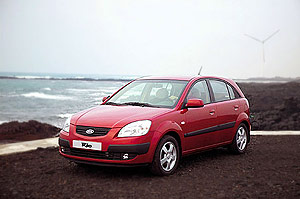 The Kia Rio LX is a five-door hatch powered by a 1.4L four-cylinder petrol engine that drives the front wheels through a five-speed manual gear box. There is an automatic version but adding the auto transmission pushes the price well beyond the $15,000 limit that we set for this review.

The 1.4L petrol engine returns 6.7L/100km and produces 159 grams of CO2 per kilometer and the power train comes with a five-year unlimited kilometer warranty and there are plenty of Kia dealerships in every state.

The Kia Rio comes with air conditioning, cloth seats, powered mirrors and windows, a 12 volt outlet in the front and an AM/FM radio with a CD player that can play MP3 tracks.

There are driver and passenger front airbags but no ABS. The Kia Rio LX has a four star ANCAP rating for front impacts and a two star rating for side impacts. 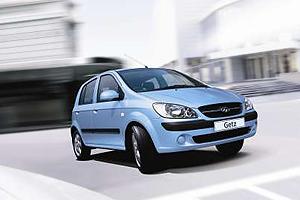 Both the three and five-door Hyundai Getz hatchbacks are powered by a 1.4L four-cylinder petrol engine that returns 6.1L/100km and produces 145 grams of CO2 per kilometer.

The Hyunda Getz comes with a five-year unlimited kilometer warranty and you will find Hyundai dealers spread right across the country.

Standard features in the Hyundai Getz include air conditioning, a six-speaker sound system with audio controls mounted on the steering wheel and a CD player that will read MP3 tracks. There’s also power mirrors, power windows and power steering as well as a 12 volt outlet at the front.

So what do you buy?
When it comes to the safety of your children we don’t think that, even when money is tight, you should cut any corners. Sure the price point of the Proton S16 might be attractive but without an ANCAP safety rating it shouldn’t even be considered in our opinion.

With the S16 out of the way it then comes down to things like dealer availability and resale value and that’s going to cut out the Proton Savvy too. After that we’re down to looking at just resale value and at this stage that’s really anyone’s guess … but we think that in a year or two the Rio might just have the edge on the Getz.

Don’t forget, the Hyundai Getz is the darling of the car hire companies and that means that the resale value will be lower.

Oh but wait … there’s still the safety aspect in play here with the Rio and the Getz and the Rio’s four and two would seem to trump the Getz’s four and one.

So there’s some information to help you make the right choice when it comes to buying a good first car for your budding university or TAFE student.

Information updated after several people kindly pointed out that the Proton S16 is yet to receive an Ancap safety rating however it must comply with Australian Design Rules or it could not be sold in Australia.