Skip to content
2 Comments on Audi Sales Up By 202 in 2009Posted in Audi, News By Stuart LiveseyPosted on January 6, 2010September 15, 2018Tagged Audi record sales in Australia, Audi sales 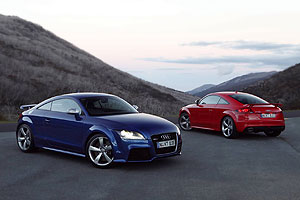 Despite the fact that we weren’t really in a recession there’s no doubt that 2009 was a difficult year for just about everyone … perhaps with the exception of Audi.

In a difficult year Audi managed to increase their sales of luxury cars by 20 percent … 1,900 vehicles more than 2008 and that was a record year for sales too

The company exceeded its planned sales target for every major model line, and equally as important, has finished the year with profitable growth.

In that time, sales have tripled from 3,700 units (2004 result) and market share has also increased threefold from 0.5 percent to 1.6 percent (according to VFACTS total passenger and SUV sales YTD Nov 2009).

Audi’s managing director, Joerg Hofmann, who leaves the company in January, says he is extremely proud of the result, and of his team, who have now achieved 60 months of consecutive records since 2004.

“We set ourselves a goal for 2009 of 10,000+ units, but as we got closer to the end of the year, we knew that we would actually reach over 11,000 units thanks to the growing momentum of Audi in this country,” Mr Hofmann said.

“Our 2009 success was due to our clear growth strategy, strong direction, focused team and very supportive dealer network who have collectively invested around $90 million dollars in facilities this year alone.