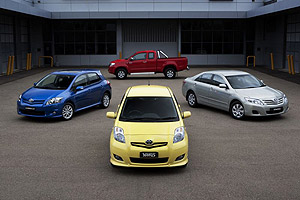 Toyota has once again lead the automotive industry to a stronger-than-expected sales total in 2009. Healthy customer demand in December, supported by the Federal Government’s investment-allowance bonuses, enabled the industry to record 937,328 sales.

The final tally was down 7.4 per cent compared with 2008; however, it was a vast improvement over the decline of more than 20 per cent experienced in the early part of the year. Overall sales were around 90,000 higher than many observers were predicting during the first half of the year.

Toyota was the year’s best-selling brand with 200,991 sales and a market share of 21.4 per cent. It is the sixth straight year Toyota has exceeded the 200,000 mark – and it remains the only car company to have reached that number.

It is the seventh year in a row Toyota has held the number-one position. In addition, Toyota has been market leader in six other years, having achieved the top spot for the first time in 1991. 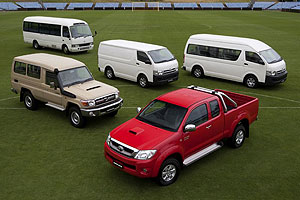 Other 2009 sales highlights for Toyota included:
•The top-selling brand in every State and Territory
•Four of the top 10 selling vehicles – Corolla, HiLux, Camry and Yaris
•A margin of more than 81,000 sales over its nearest rival
•Market leader every month since April 2005.

Mr Buttner said the sales year was split into two distinct parts with a significant recovery from the start of June.

“Factors such as Federal Government incentives and an improving economy along with higher business and consumer confidence have boosted the auto industry over the past seven months,” Mr Buttner said.

“Since the start of June, Toyota’s average monthly sales have risen to just over 18,300 – an improvement of more than 25.7 per cent on the January-May period. 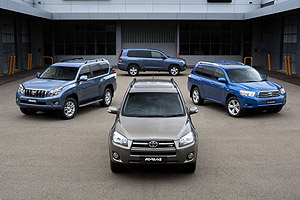 “The pattern for the industry as a whole is similar, although not as pronounced.

“Average monthly sales for the past seven months were 83,565 – or 18.6 per cent ahead of the average during the first five months.”

Mr Buttner said market conditions would remain challenging, with 2010 being a year of consolidation with Toyota well placed to improve its sales and share.

“Toyota’s full-year sales forecast is for an industry total similar to, or slightly better than, the 2009 result.

“Underlying demand will be stronger during the coming 12 months.

“As the year progresses, the pace of growth should accelerate – and we are expecting the industry to return to sales in excess of one million in 2011.”

Mr Buttner said the reduced tariff on passenger cars has led to lower prices and/or increased equipment, which would help stimulate sales.

“We expect the economy to continue its gradual improvement – and a better business climate is positive for sales.

“The mining industry remains a relative bright spot and the positive impact of the second investment allowance bonus will continue to be felt as qualifying vehicles are delivered, particularly in the first quarter.