Skip to content
1 Comment on A Ten-Year Love Affair with CorollaPosted in Toyota By news deskPosted on January 7, 2010September 15, 2018Tagged Toyota Corolla 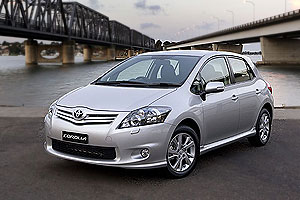 Corolla became the top-selling small car in 2000 and achieved the unbroken 10-year run at the top with another clear-cut victory in 2009.

Sales last year totalled 39,013, which also makes Corolla the best-selling Toyota in Australia. It was Australia’s best-selling car in July, August and October.

On its own, the Corolla “franchise” would have been Australia’s ninth biggest-selling marque in 2009 – ahead of the total sales of companies such as Subaru and Volkswagen.

Corolla sales in the past decade are just shy of 400,000 while total Australian sales since the first Corolla was sold in 1967 are almost 1.1 million. This represents 22 per cent of Toyota’s total sales volume in Australia.

Toyota manufactured more than 650,000 Corollas in Australia with production over the years occurring at three Victorian plants – Port Melbourne, Dandenong and Altona.

In 1967, Australia was the first market to receive a Corolla exported from Japan. The following year, local production began with a 1.1 litre overhead-valve coupe.

The range has been fully imported since 2000 – the first year in which Corolla achieved small-car leadership.

A Ten-Year Love Affair with Corolla