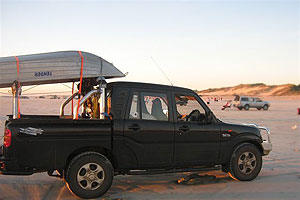 Rather than going to the expense of setting up their own plant Mahindra is expected to enter into a contract with an existing plant to produce vehicles on Mahindra’s behalf.

Mahindra Enters the US Market