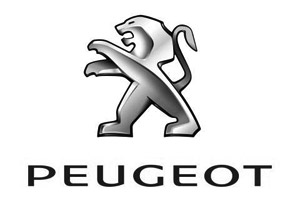 It is 200 years since Jean-Pierre and Jean-Frédéric Peugeot turned their father’s cereal mill into a steel foundry and took the Peugeot family into the industrial era. In those 200 years the Peugeot name and the lion emblem have been associated with the manufacture of saws, tools, steel crinoline stays, coffee grinders, bicycles, motorcycles, scooters and cars.

That’s quite a diverse range of items but today Peugeot is probably best known for it’s motor vehicles and even though the company is a relatively minor player here in Australia it does hold down 10th place in the world car market.

That’s not a place that Peugeot is content with though and by 2015 it wants to be at least number seven in the world.

With that thought in mind Peugeot has released embarked on a new drive to bring a freshness to its vehicle designs and a more environmentally friendly focus to its petrol and diesel engines.

If you’re looking for a clue regarding vehicle design then the new Peugeot SR1 concept car that was announced today has got to some sort of indication of what Peugeot designs may look like in the future.

The unique powertrain in the SR1 may also be an indicator of where Peugeot wants to go with it’s engines in the future.

We’re at least sure of one thing and that is that Peugeot are not going to sit around and do nothing. They’re planning on launching 14 new models between now and 2012.

One key announcement as part of the future Peugeot product strategy includes the company confirming that it intends to further push back the frontiers of the motor industry by designing a vehicle that will embody all of the spirit of the BB1 concept car recently shown at the Frankurt Motor Show: 2.5 metres, four seats and 100 per cent electric.

With its revolutionary architecture, a tubular chassis produced with Peugeot Scooters, the BB1 concept allows four passengers to be seated in a vehicle with a length of 2.5m.
It offers excellent packaging, performance and handling. 100 per cent electric, it emits zero CO2 per kilometre thanks to a particularly innovative mode of propulsion: rear-wheel mounted electric motors co-designed in conjunction with Michelin.

As a one-time owner of a Peugeot 404 wagon that took me and the family just about everywhere I’m definitely looking forward to seeing what Peugeot has planned for the next couple of years.

Peugeot Plans for the Future