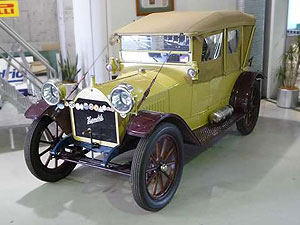 Two great Old-timers will be crossing the auction block with no reserve at Shannons upcoming Sydney Summer Classic sale on February 15.

Veteran enthusiasts will be interested in the 1913 Hupmobile Model 32 Tourer that was sold new in Adelaide by H.V. McKay Motors and still retains the dealer’s pressed metal badge on its dashboard.

Produced by the Hupp Motor Company that was founded in 1908, Hupmobiles were made for dependability more than speed and set many endurance records over the years – including a fifth place in the 1932 Indianapolis 500 – gaining the marque a loyal following.

The Canadian-built car being auctioned was used in the Moree district of New South Wales for some years before being discovered by the current owner in complete, but not running condition.

A full restoration was completed in 2001, including engine, gearbox, differential and all mechanical parts and according to Shannons the car presents in very good condition.

Period features include a beautifully restored Argentan 8-day clock and a reconditioned cable-drive speedometer, while the Hupmobile is also fitted with a vintage fire extinguisher, a spare two-gallon fuel can and a compression horn. 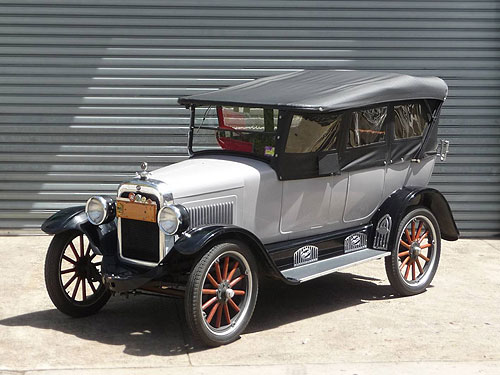 In 1913 Willys Overland produced 37,000 vehicles, headed only by Ford with 107,000 and continued to be a major producer until the 1920s when Walter P. Chrysler took charge of the company in an attempt to revive its falling sales. However Willys Overland succumbed to The Great Depression and was declared bankrupt in 1934.

Overland chassis imported to Australia in the early 1920s were fitted with bodies built by Holden in South Australia, making them a forerunner to ‘Australia’s Own Car’.

The Willys Overland being auctioned underwent a complete body and mechanical restoration in 1984 and presents in very good conditioned according to Shannons.

The car’s original spare fuel can is clamped to the running board and is in perfect condition, while a quantity of spare parts is included in the sale.

Veteran Cars Go Under the Hammer in Sydney