Skip to content
1 Comment on The Nissan Leaf – It’s Got the Competition WorriedPosted in Electric Vehicles, Nissan By Stuart LiveseyPosted on February 1, 2010September 14, 2018Tagged Nissan Leaf 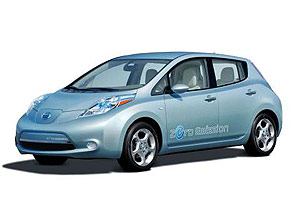 It’s exciting times for Nissan and their many fans as the Nissan Leaf tours the United States. It’s also an interesting time for automotive industry observers as we watch Nissan’s attempts to make their new electric car something that car buyers simply can’t resist while other car makers try their hardest to pick holes in it

Sadly for Nissan … and the proponents of electric vehicles … the general buying public has some resistance to full-time electric vehicles that the makers of hybrid cars don’t have to worry about. And preying on the concerns people have about buying an electric car is quite a simple matter.

Simply talk in terms of range and recharging and anyone who wants to divert attention away from electric cars is on a winner. While some people may think that the range of an electric car like the Nissan Leaf is not going to be an issue with the motoring public the marketing departments are only too aware of how much of a concern range really is. 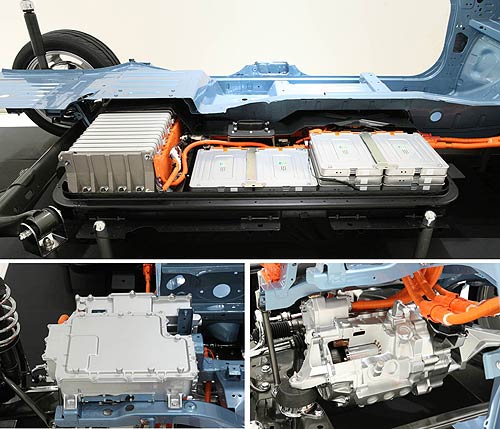 No one wants to head out on the highway in their wonderfully environmentally friendly electric car only to have it come home on the back of a truck because they’d drained the battery and there was no where to recharge.

So the guys at Nissan are working hard to ensure that people understand that the range of the Nissan Leaf is a full 100 miles (160 km) while most people won’t drive more than 40 miles (64 km) in a day.

The guys at Nissan are also doing something about making charging a whole lot easier for people who buy the Nissan Leaf … at least at home. In a move to make people feel comfortable about the cost of fitting special chargers Nissan has announced that it will provide everything that a home-owner needs … including the electrician … to install a home charging unit.

Nissan is also making sure that the American motoring public feels comfortable in buying the Leaf by having them built in the United States. Obviously it might be a Nissan but it’s a US-built car and that’s an important selling point because people will see it as a local car. 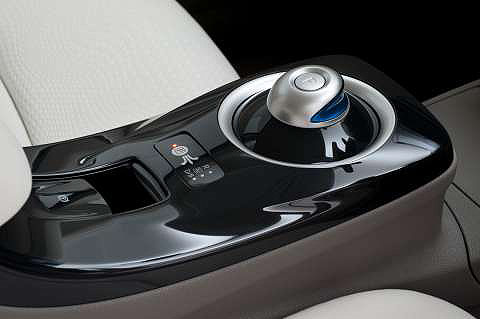 So things are looking fairly rosy for Nissan and perhaps not so good for those American companies who don’t have an electric vehicle in their current line up. Whether or not those car makers have been caught on the wrong foot or not remains to be seen but you can tell that they are not entirely comfortable about the Nissan Leaf.

When the Leaf first appeared there was very little in the way of criticism from the other makers … perhaps they were entirely focused on survival and had no time to look beyond their own front fence but that’s starting to change.

Now we are beginning to see a few subtle suggestions that maybe the Nissan Leaf won’t be the best vehicle to buy and GM is going right for the jugular as it begins to cast doubts on the Leaf.

For any electric car the jugular is the battery. It’s expensive and if it dies when the car is out of the warranty period then you’re in trouble and some car makers are suggesting that the battery in the Nissan Leaf is not as well-engineered as people might think.

Already a former Tesla marketing executive has gone public and suggested that the battery in the Leaf won’t give owners a true 100 mile range. Of course he’s a little vague about what that true range might be but he’s cast some doubt by suggesting that it will be “significantly less” than the stated range.

Then there’s the life of the battery. GM suggest that the batteries they will use in the Volt … which is essentially a hybrid … will last up to 10 years or 150,000 miles but those who want to cast doubts on the Leaf say that Nissan’s batteries aren’t going to last anywhere near that length of time.

Even Nissan admits that they have opted for a simpler battery set up because to include a battery heating and cooling system, as GM has included in the Volt, would mean that valuable cabin space would be lost. As some analysts point out, perhaps that’s why Nissan seems likely to lease the battery rather than sell it as part of the car. 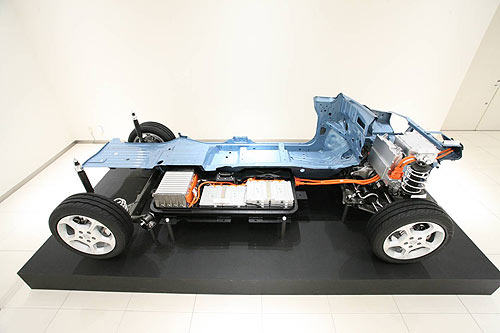 Whatever the true situation might be there’s no doubt that the Nissan Leaf is an electric vehicle that deserves a chance and at times like this … when electric vehicles could do so much for the environment … it’s sad to see car makers white-anting each other instead of working together to produce the long-range electric vehicles that we need so badly.

At least it’s reassuring to know that the Nissan Leaf is good enough to have the competition worried.

The Nissan Leaf – It’s Got the Competition Worried