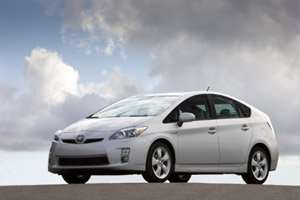 A total of 2378 Toyota Prius vehicles in Australia are affected. Globally a total of about 400,000 vehicles are involved in the recall – in Japan, the United States, Europe and in other regions.

The recall is being taken in response to reports of inconsistent brake feel during slow and steady braking on certain road conditions such as a pot hole, bumpy or slippery road surfaces when the ABS is activated. The brake pedal feel may not be consistent, but the brakes will continue to operate. There have been a total of 111 cases reported globally, two in Australia.

The recall entails a change to the ABS management program of the vehicle’s Electronic Control Unit (ECU) in order to improve response time. The procedure will take approximately one hour using standard test equipment in use at all authorised Toyota dealers.

There have been no accidents linked to this issue reported in Australia. No other Toyota or Lexus models in Australia are affected by this recall.

This issue is not related to the recent accelerator pedal recall in North America, Europe and China. Vehicles sold or built in Australia are not affected by that recall.

The locally made Hybrid Camry launched this week in Australia is not affected, and will be available to customers later this month on schedule.

Owners of vehicles affected by this action in Australia will receive a campaign notification by mail this week advising them to contact their local Toyota Authorised Dealer to arrange for repairs to be made. The repairs will be at NO COST to the vehicle owner.