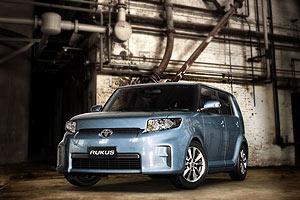 Toyota has set June 1 as the Australian launch date for their urban utility vehicle … the Toyota Rukus … and unveiled the new Rukus at the New York Motor Show.

Now that may sound a little strange … a Toyota bound for Australia being unveiled in New York … but the Toyota Rukus has actually been on sale in America for several years as the Scion xB.

Toyota says that “Its iconic, boxy shape deliberately challenges the norms of car design …” and there’s no doubt about that. This is not a vehicle like the RAV4 that appeals to just about everyone but Toyota is sure that it’s going to have loads of appeal for the “young, urban trend-setters” and Toyota’s press release is quite blunt when it says “Rukus is not a mass-market car: it’s an acquired taste…”

The U.S. version of Rukus has been named a “Top Safety Pick” in each of the past two years by the Insurance Institute for Highway Safety – its highest safety designation.

To qualify for the award, a vehicle must earn the highest rating of “good” in the Institute’s front, side, rollover, and rear impact tests and be equipped with vehicle stability control.

The testing was made more stringent in 2010 with the addition of the rollover test.

The Institute is an independent non-profit research and communications organisation funded by auto insurance companies. 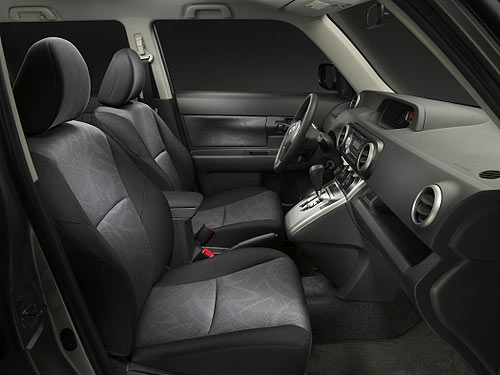 To earn a “good” rollover rating, a roof must be able to support the equivalent of four times the vehicle’s weight compared with the current US federal standard of 1.5 times.

In the Institute testing, the roof of the Rukus (xB) withstood a force equal to 6.8 times its vehicle weight.

While the Rukus has been available in the United States for several years the Australian version will be imported direct from Japan.