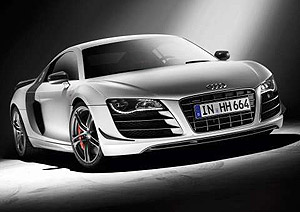 The Audi R8 GT is a limited production version of the Audi R8 and it’s lighter, faster and more powerful than the standard R8. It’s powered by the same 5.2-litre V10 that powers the R8 but this one produces 412kW and will push the car from zero to 100km/h in 3.6 seconds and reach a top speed of 320km/h.

The long rear hatch is made of plastic reinforced with carbon fibre as are the rear bumper and side blades. The weight of the power brake system has been reduced as have the aluminum caps on the brake disks and Audi’s engineers have even managed to shave over 9kg from the battery. 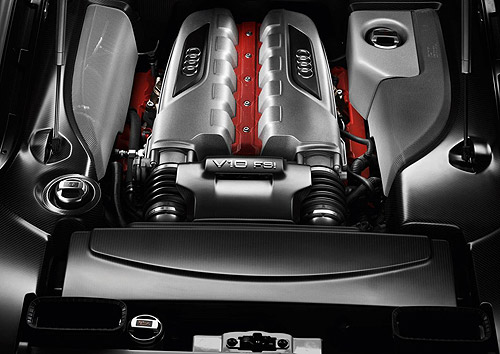 The engine
Imagine doing zero to 200km/h in 10.8 seconds … that’s twice as fast as some Asian pretend sports cars and that’s how the Audi R8 GT travels.

While the body is handmade in Germany the engine is handmade in Hungary and it produces 26kW more than the standard R8 engine. Peak torque comes in at 6,500rpm and the redline is hit at 8,700rpm. The power to weight ratio is 3.70kg per kW (2.72kg per horsepower).

The engine is normally aspirated and despite all that power it will return an average fuel consumption of 13.7L/100km.

The transmission
Gear changes in the R8 GT are handled by the R tronic sequential manual transmission. The electrohydraulic clutch and switching unit receive their commands electronically. It changes its six gears much faster than a skilled driver could – within a tenth of a second at high load and engine speed.

The electronic management system offers an automatic mode with the Sport and Normal characteristics, and two manual levels. It is controlled using the short gear selector lever on the center tunnel and two paddles on the steering wheel. Maximum thrust when starting is ensured by Launch Control – a program that manages full acceleration with high engine speed and minimum wheel slip when starting. 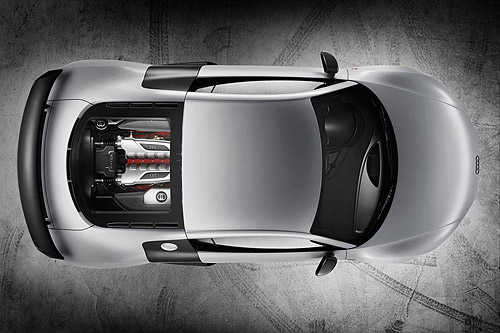 Comfort and fittings
The Audi R8 GT comes with an automatic climate control system, power windows, a navigation system and a 465 watt, ten-channel Bang & Olufson sound system. The steering wheel, roof posts, knee pad, hand brake and bucket seats are all covered in leather while the door liners, bulkhead, dashboard and instrument cowl are all covered in a synthetic sharkskin-look material.

If you really want to brand your car then you’ll be sure to opt for the embroided “R8 GT” logo on the seats. 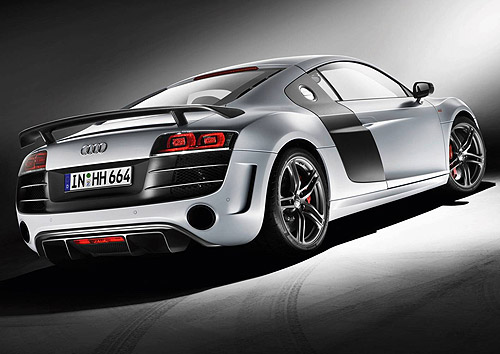 You want to go racing?
A race package is available. It includes a bolt-in roll bar that comes in either red or black, four-point seat belts in red or black (winners have got to be colour co-ordinated you know), a fire extinguisher and a kill switch for the battery.

The bottom line
If you want one of these stunning machines you’ll be pleased to know that it really is quite affordable … well a lot more affordable than the Mercedes-Benz SLS AMG. The Audi R8 GT is selling in Germany for a tad over $276,000 at today’s exchange rate.

One thought on “Audi R8 GT”