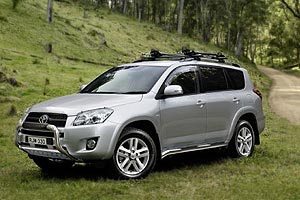 There are times when I wonder just how many four-wheel drive and all-wheel drive vehicles actually get taken off road.

When we bought our 10-year-old Honda CR-V it was fairly obvious that it had never seen any off-road work and I seriously wonder if it had ever been out of the garage on a wet day and I’m sure that most SUVs are treated the same.

Well maybe they’ve been used on wet days but I doubt that any of them see any rougher terrain than the grass on the front lawn.

So I guess that it’s not surprising that Toyota have introduced a two-wheel drive version of their very popular RAV4 and they come at a considerable saving. Now if you’re not going to take your SUV off-road wouldn’t you like to safe $3,000 on the list price?

Yes I’m sure you would … just like lots of other people would … and now you can with the Toyota RAV4 2WD.

The two-wheel drive RAV4 is available in two equipment levels and the price for the basic CV version with manual transmission starts at $28,990 RRP. The manual Cruiser version has a RRP of $33,990 and options on both versions include automatic transmission at an extra $2,000 and metallic paint at $350.

There’s also an enhanced safety pack available for the CV version only at an extra $1,250. This pack includes extra airbags and dual-zone climate control.

Engine and transmission
Both Toyota RAV4 two-wheel drive versions come with the standard 2.4-litre VVT-i four-cylinder petrol engine that delivers 125kW of power. This engine combined with the manual transmission will return 8.4L/100km and that’s an improvement of 0.7L/100km. 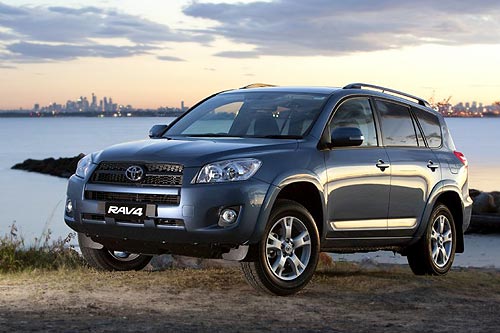