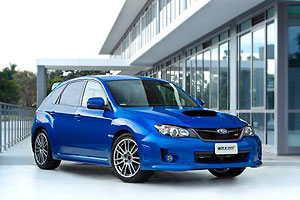 Subaru have released details of the latest upgrades to the WRX and WRX STI models and the changes for some in the range is more than just skin deep.

Both the turbocharged Subaru WRX and WRX STI are now available as sedans as well as hatchbacks and for the first time there’s an automatic option available in a market outside of Japan.

The WRX STI now comes with an optional five-speed paddle-shift coupled to the A-line’s 2.5 litre turbocharged four-cylinder Boxer engine that produces 221 Kilowatts of power at 6200 rpm and 350Nm of torque between 3000-6000 rpm.

WRX
On the outside all models feature sharper bumper corners and new design foglight surrounds that highlight the wide, low, aggressive look.

Sedans feature a rear diffuser that includes a centre rear fog light while below the rear bumper all models now come with four exhaust pipes while the sedan has a unique exhaust system with 80mm diameter pipes.

WRX has new lightweight 17-inch alloy wheels with gunmetal grey finish and both front and rear tracks have been widened … 35mm on the front and 40mm on the rear. Tyres on all models are now 10mm wider.

On the inside the instrument clusters have more detailed gauges that include a sweep function when the ignition is turned on. 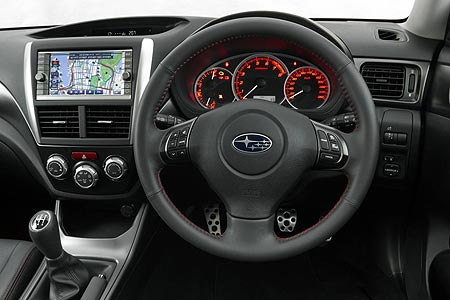 WRX STI
A four-door sedan variant of the current generation WRX STI is available for the first time.

Bumper corners are sharpened and fog lamp surrounds feature a new look, plus black-tone grille. The rear bumper diffuser is located between the dual exhaust pipes, underlining the sporty appearance.

WRX STI sedans have a large aerodynamic rear spoiler and aerodynamic performance is enhanced by a large undercover panel.
Lightweight 18-inch ENKEI alloy wheels are standard on WRX STI variants, with a high lustre finish. Combined, they are 7.2 kg lighter than the superseded design. 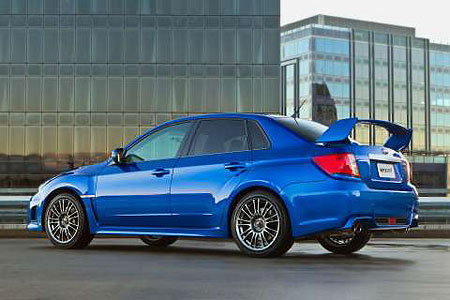 Interior
Bluetooth wireless technology compatibility is added to the standard audio, together with steering wheel-mounted buttons, for added convenience. 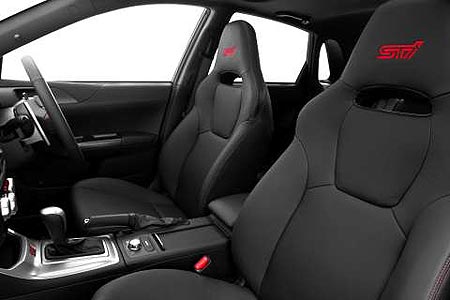 The optional five-speed paddle shift automatic transmission is the fastest in the Subaru line-up. 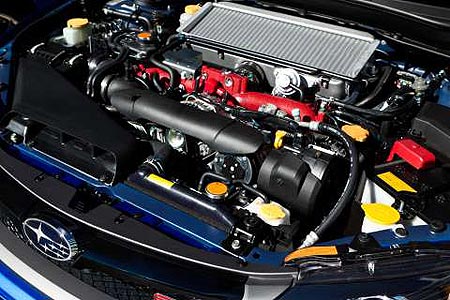 It includes “blipping” control, which allows drivers to change quickly, for example, from fifth to third simply by operating the paddle shift twice in quick succession.

Temporary manual mode can even be used when “D” has been selected with the shifter.

A new aluminium lower arm is added to the front suspension. The rear bushes of the arm are changed to a pillow-ball type, improving toe and tread rigidity, which better reflects the driver’s steering input.

Specialised tuning of the damping force of both front and rear dampers produces secure roadholding, while changes to the front and rear coil springs and stabilisers have greatly improved roll rigidity.

Prices
Prices for the new Subaru WRX sedan and hatch start at $39,990 plus dealer delivery charges as well as statutory and government charges.

Prices for the WRX STI start at $59,990 plus dealer delivery charges as well as statutory and government charges.