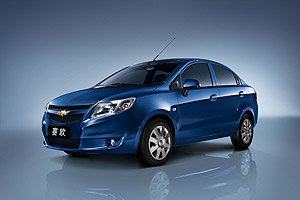 Earlier this year General Motors introduced the Chevrolet New Sail to their lineup in China. The New Sail is a small sedan designed and built in China and it hit the showrooms in China in January and AussieMotoring.com wrote about the New Sail in March.

In the first nine months 90,000 New Sails were sold and sales are still strong but demand for new vehicles of any kind in China has begun to slow and GM China has been looking for new markets for its popular little car. Now they’ve found one … in Chile … and that means that the Chevrolet New Sail will become the first Chinese designed and built passenger car to be exported.

We shouldn’t be surprised that China is looking overseas for markets for its locally produced vehicles. It’s no secret that they want to tap into the European and US markets … a goal they’re yet to achieve.