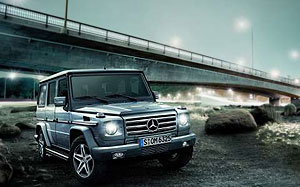 Mercedes identify their various models with a letter and here in Australia we’re familiar with the Mercedes A Class, B Class, C Class, E Class etc. because they’re in the showrooms and on the roads but not many of us will have heard of the Mercedes G Class … and even fewer Australians will have seen a G Class because they haven’t been available in Australia for around 20 years.

Even though they have been back in Australia for some months now the Mercedes G Class just hasn’t been where most of us would have seen them.

The Mercedes-Benz G Class is their classic off-roader and even though they are beginning to come back to Australia most of those that have made it here have gone straight into the Army testing facility. That’s so that Army drivers can familiarise themselves with the G Class because the Army is in the process of replacing most of their 4WD fleet with Mercedes G class variants. 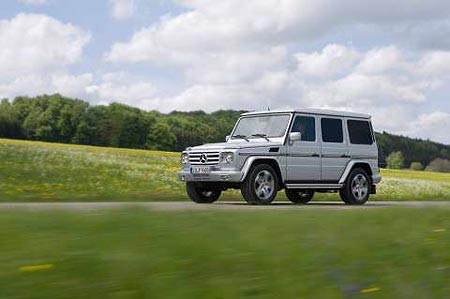 The vehicle converts up to 80 percent of the nitrogen oxides into harmless nitrogen and water by a process of reduction in the catalytic converter. The V6 diesel engine develops 155 kW at 3,400 rpm and has 540 Nm of available torque between 1,600 and 2400 rpm.

The G-Class is equipped with electronically controlled traction system 4ETS that provides optimal traction. Additional assistance is offered through the transfer case off-road ratio that provides exceptional climbing ability or negotiating obstacles. The package is complete with front axle, rear axle and inter-axle differentials that can be locked at the touch of a button, thereby re-directing power to the wheels offering the best grip.

The Mercedes G Class heading for Australia will come in two variants and both will be long-wheelbase station wagons in 5-seater configuration only. They’ll be released in Australia in early 2011.