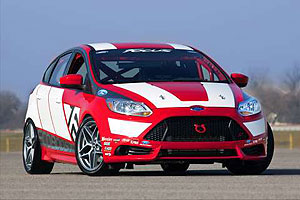 While Ford is promoting this fire-breathing little monster as a race car concept you just know that if you turn up with the readies they’re going to have one waiting out the back for you.

Take a look at the Ford Focus Race Car Concept and don’t be surprised if you start to wish that maybe something as predictable as the V8 Supercars would just go away and be replaced by a decent touring car competition so that you could see this Ford Focus in action.

Yes I know that’s heresy but … well … sometimes I find the utes a lot more interesting.

Anyway down to the facts hiding under the bonnet of the Ford Focus Race Car Concept – a car that Ford has put together to comply with the rules governing circuit racing in the United States and beyond … so far beyond that it’s likely to appear in the 2011 British Touring Car Championship. 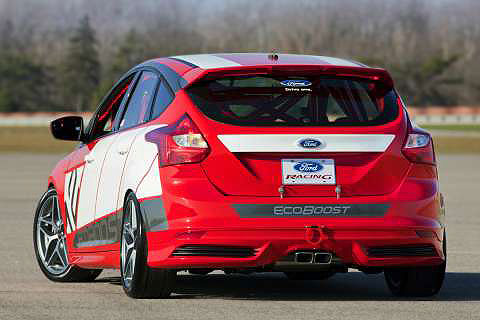 The car is powered by a 2.0-litre EcoBoost I-4 engine. It features AST performance coil-over adjustable dampers, Ford Racing upgraded sway bars with adjustable end links and front brakes with 320mm two-piece rotors and race pads and the concept car is fitted with Anthracite 18-inch wheels and Hoosier race tyres. 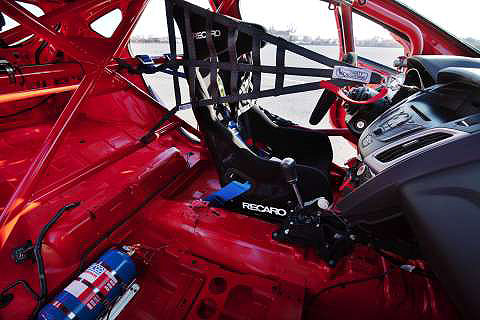 Professional private race teams are partnering with Ford to develop common technical specifications for the race car, which will conform to FIA Super 2000 regulations with potential to adopt to other regulations.

The teams are being brought together by Ford to harness their strengths and define roles for the development of the race car.

We may even see them running out here.