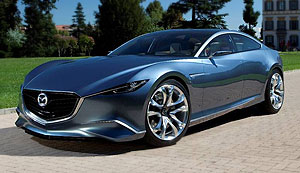 All concept cars fall into one of three groups. There are those that don’t look all that stunning because they’re not about the distant future … they’re about what’s going to appear in the next new model.

Then there are those that look plain … homely … odd … maybe even quirky. They’re about what’s probably never going to happen but might be fun if it did. And then there are a few genuinely stunning concept cars that aren’t necessarily about what’s to come either now or in the future.

These are the concept cars that are about design … form … beauty … and they’re the cars that can take your breath away. They may not appeal to everyone … they may not even appeal to you … but they do have an appeal and lots of people just can’t take their eyes off those concept cars.

And the Mazda Shinari has got to be right up there in that last category. It doesn’t matter what it’s powered by … you don’t even care too much about what the interior looks like … it’s the exterior that you just can’t take your eyes off.

Even the hyperbole of Mazda’s copywriters is a little muted … but then they don’t have to say much about the Shinari.

Shinari is a pure design concept of a four-door, four-seater sports coupe which perfectly expresses the Kodo design language in a graceful and carefree form. The Japanese word ‘shinari’ describes the powerful yet supple appearance of great resilient force when objects of high tensile strength such as steel or bamboo are twisted or bent.

It also refers to the appearance of a person or animal as it flexibly transforms its body to generate a fast movement. Think of the muscular forms of a cheetah about to pounce on its prey. One glance at Shinari stirs the emotions. 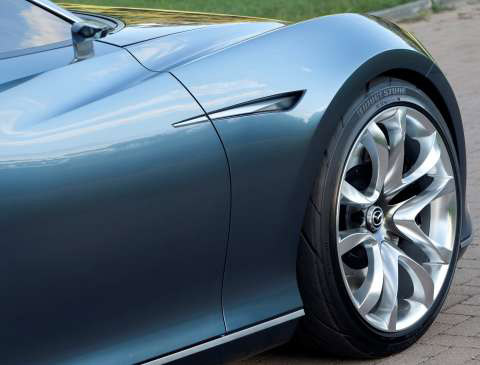 Its form expresses the powerful movement of a lean body with highly developed muscles, supple but at the same time filled with tension. 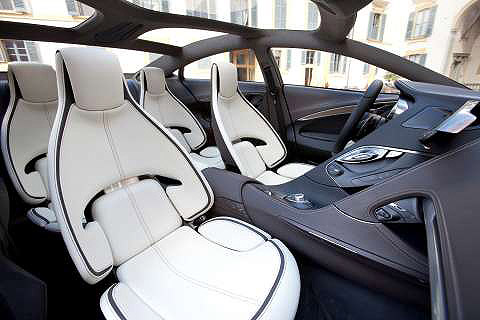