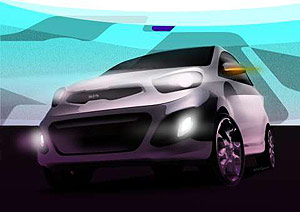 Kia has released the first design sketches for the next version of their city car – the Picanto.

The new Kia Picanto has been designed by Kia’s European design team and we should see the real Picanto at the Geneva International Motor Show in March 2011.

The current Kia Picanto is a boxy five-door, four-seat hatch powered by a 1.0-litre or 1.1-litre fule-injected petrol engine. The 1.0-litre version is only available with a five-speed manual transmission while the 1.1-litre version has the option of a four-speed auto.

The fuel tank in the current Picanto holds just 35 litres but with a combined fuel consumption rate of 4.8L/100km for the 1.0-litre version and 4.9L/100km (manual) and 5.9L/100km (auto) the Picanto can cover a reasonable distance before you need to find more fuel. 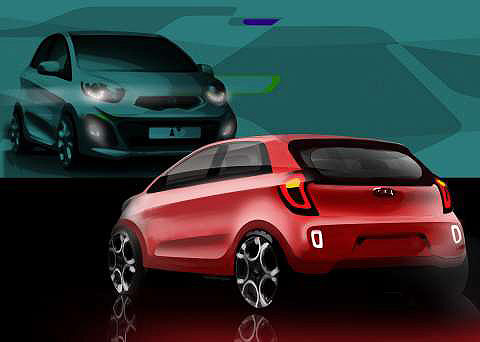 While the Kia Picanto is not currently available in Australia Kia have not ruled out bringing the new model to our shores in the future.