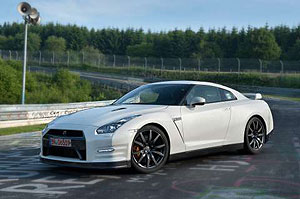 Nissan have done it with a standard production model of their new 2011 R35 GT-R and they say that it would have been even faster if the track temp on the test day in Japan last month had been higher than 13 degrees. And Nissan says that sub-3.0 seconds can be achieved with warmer track temps.

Sadly this incredible performace was only achieved through the use of automatic transmission and computer controlled traction and gear-change settings.

The 2011 GT-R achieves its maximum acceleration when the driver selects ‘R-Mode’ and activates the latest R35’s revised ‘VDC-R’ traction program to maximise tyre grip and engine performance. The R-Mode also offers the most aggressive traction, braking and gear-change settings for high performance driving.