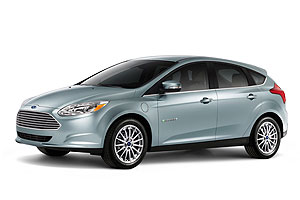 The Ford Focus Electric is the first fuel-free, rechargeable passenger car produced by Ford and it’s the first of five electric vehicles Ford will introduce into the United States between now and 2013.

Although Ford unveiled the Focus Electric at the beginning of January its official launch isn’t until later this year and when it does hit the showroom floor it will certainly be competitive with other electric cars that are or will be available by the launch date. 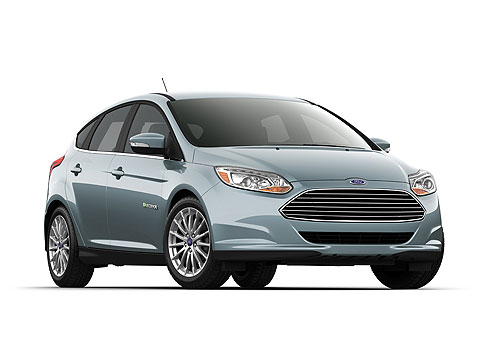 The Ford Focus Electric will offer a mile-per-gallon equivalent better than Chevrolet Volt and competitive with other battery electric vehicles. A full recharge is expected to take three to four hours at home with the 240-volt charge station –half the charge time of the Nissan Leaf.

While the Focus Electric will see the introduction of new features and technologies – including a unique version of the MyFord Touch driver connect system especially for electric vehicles, a new value charging feature powered by Microsoft and a smartphone app called MyFord Mobile that helps plug-in owners control their vehicles remotely – the Focus Electric draw on the current Ford Focus for it’s overall design.

Much of the steering, braking and handling that is found in the current petrol version of the Ford Focus will find its way into the Focus Electric but with no relatively noisy petrol engine to add to the noise level owners of the Focus Electric will discover a new level of in-car comfort. 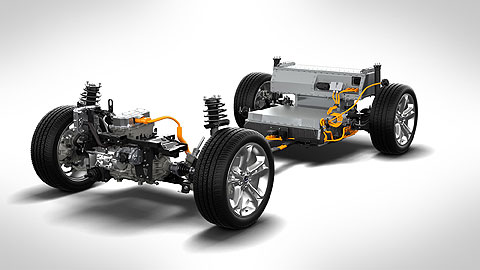 The Electric Focus will also bring all the driving pleasure associated with it’s conventionally powered siblings. The all-electric powertrain and single-speed transmission provide immediate responsiveness and smooth acceleration when the driver pushes down the accelerator, up to a top speed of 136 km/h

Charging the battery
Ford believes that the majority of Focus Electric users will recharge their vehicle at home on a daily basis using a specially designed charging unit that can be plugged straight into a normal power outlet. That means that the cost of hard-wiring a recharging unit into the owner’s home electrical system is done away with and if the owner moves house all he has to do is unplug the charging system at his or her old residence and then plug it in when they get to their new home.

Batteries are included
Focus Electric will be powered by an advanced lithium-ion battery system engineered by Ford in cooperation with supplier LG Chem. The battery system utilizes heated and cooled liquid to help maximize battery life and fuel-free driving range. 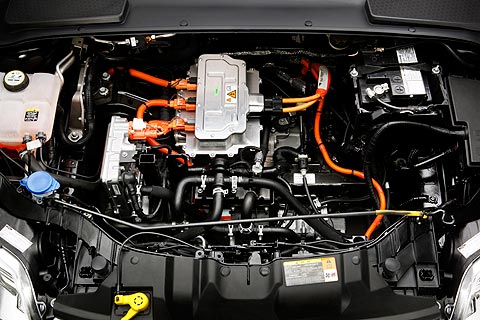 The active liquid system heats or chills a coolant before pumping it through the battery cooling system. This loop regulates temperature throughout the system against external conditions.

On hot days, chilled liquid absorbs heat from the batteries, dispersing it through a radiator before pumping it through the chiller again. On cold days, heated liquid warms the batteries, gradually bringing the system’s temperature to a level that allows it to efficiently accept charge energy and provide enough discharge power for expected vehicle performance. 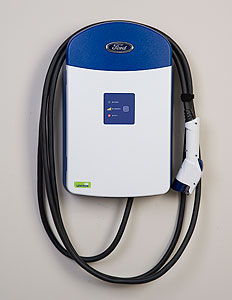 Charging the vehicle
Ford believes that most Focus Electric owners are likely to recharge the vehicle several times a day so that’s why Ford worked with supplier Yazaki to provide an industry-standard five-point plug that is ergonomically comfortable to hold as well as durably and distinctively designed.

The plug handle uses a matte-finished black rubber that allows for a comfortable, non-slip grip. The plug head is shielded with a protective glossy white plastic.

When the cord set connector is plugged into the vehicle’s charge port, which is conveniently located between the driver’s door and front wheel well, it activates a light ring that loops around the port twice in acknowledgement of connectivity. 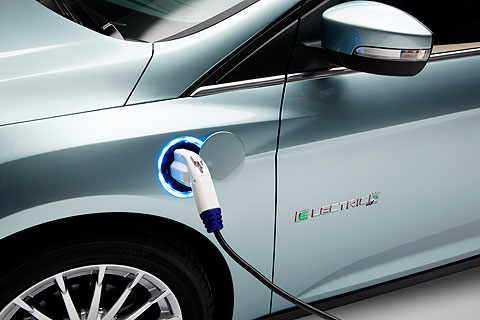 Off-peak rates
The new Focus Electric offers a unique value charging feature, powered by Microsoft, to help owners in the U.S. charge their vehicles at the cheapest utility rates, lowering the cost of ownership.

“Value charging allows our customers to reduce their electricity costs by taking advantage of off-peak or other reduced rates from their utility without a complicated set-up process,” said Ed Pleet, manager, Ford Connected Services Organization. “This is a ‘set it and forget it’ approach for the customer to reduce energy cost.”

The tool is designed to help customers avoid unnecessary expense by providing an optimized charge. In the future, these smart charging habits will help utility companies understand and better manage the demands placed upon the electric grid because of electrified vehicles. 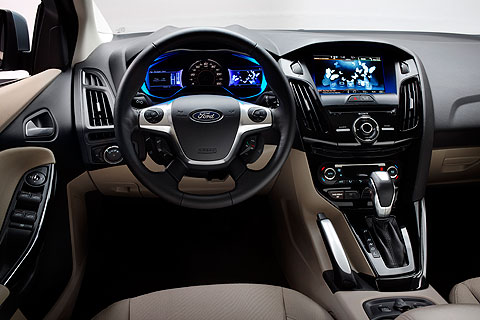 Behind the steering wheel
Focus Electric owners will be provided with a suite of driver information systems – on-board and off-board – designed to help them manage the recharge process, manage the most eco-friendly route on-board, monitor battery state of charge and maximize energy efficiency to optimize their driving range. 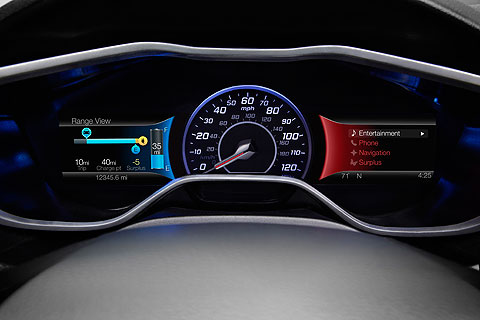 This carefully engineered set of tools is designed to give Focus Electric the edge over competitive products, providing new electric vehicle owners the information they need to enjoy all the freedom gas-free driving has to offer.

Among these tools is a unique execution of MyFord Touch driver connect technology. Thoughtfully developed for electric vehicle owners, it offers innovative presentation of vehicle information, such as battery state of charge, distance to charge point, the corresponding range budget and expected range margin. The system’s MyView feature allows drivers to access even more vehicle data including the electrical demands of vehicle accessories such as air conditioning, which can impact driving range. 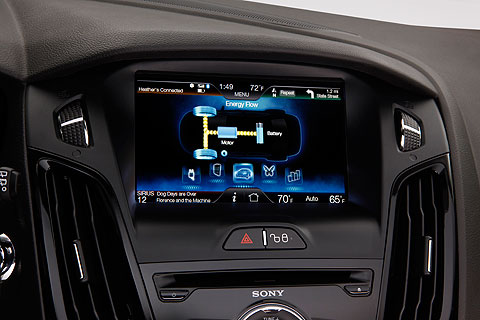 Just as the growing leafy vine of first-generation SmartGauge™ with EcoGuide represents fuel efficiency in the Ford Fusion Hybrid, the cluster display in Focus Electric uses blue butterflies to represent the surplus range beyond one’s charge point destination – the more butterflies there are, the greater the range.

Ford designers were inspired by the phenomenon known as “the butterfly effect,” in which a small change, like choosing to drive an electric vehicle, can have an enormous impact. To reinforce the message, at the end of each trip a display screen provides distance driven, miles gained through regenerative braking, energy consumed and a comparative gasoline savings achieved by driving electric. 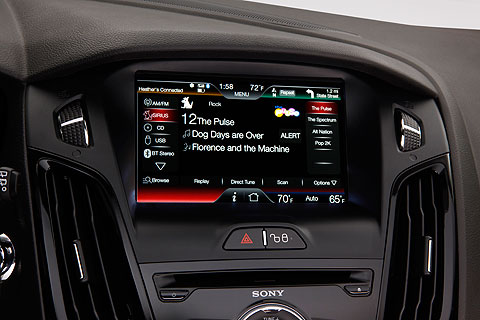 What Ford hasn’t revealed
Ford has yet to announce the range for the Ford Focus Electric but it’s reasonable to expect that you might get around 160km on a single charge. The warranty on the battery that holds the power for the Focus Electric has not been announced either. With the cost of these batteries being as high as they are you would hope that Ford plans on giving a decent warranty on them.