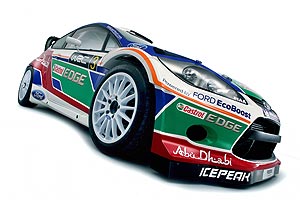 The new Ford Fiesta RS World Rally car – run by the Ford Abu Dhabi World Rally team – is making its rally debut this weekend in Finland. Yes, a team that appears to come from the hottest part of the world is running their new car for the first time in one of the coldest parts of the world … in the Arctic Lapland Rally that’s run snow and ice.

Ford Abu Dhabi World Rally team drivers Mikko Hirvonen and Jarmo Lehtinen and team-mates Jari-Matti Latvala and Miikka Anttila will drive a leg each in the two-day snow and ice rally based in Rovaniemi, as the final part of the squad’s pre-season testing schedule.

Hirvonen will drive the Fiesta RS WRC on the opening leg of the rally before Latvala takes the wheel for the second day.

The Arctic Rally will conclude the Fiesta RS WRC’s comprehensive test and development programme ahead of its FIA World Rally Championship debut at Rally Sweden (10 – 13 February) next month. 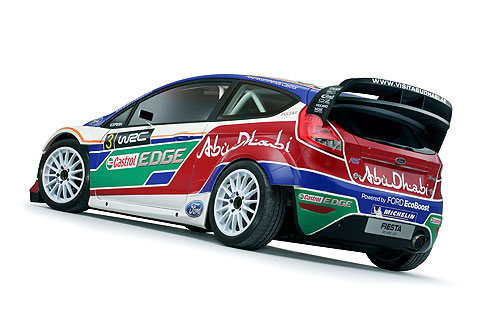