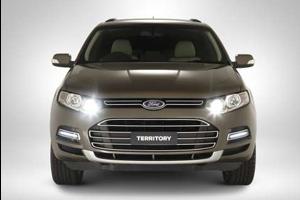 The new Ford Territory SUV … designed and built right here in Australia … was unveiled last week and it’s certainly no truck but that’s not to say that it’s perfect. It sure looks good and has some great features but some features might make you wonder.

“We worked hard to ensure the new Territory was an evolution of the original model and, through the use of Ford’s distinct design DNA, also gave a hint of the future,” Svensson said. 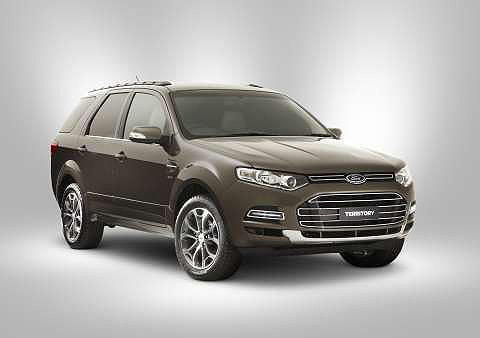 “When you combine them they convey movement and athleticism. In other words, the vehicle looks like it is moving when standing still,” Svensson said.

“The overall visual effect of kinetic design is simple: in the case of the new Territory it communicates its dynamic capabilities and fun-to-drive spirit.” 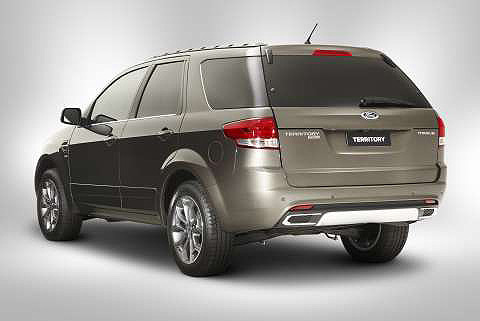 Exterior
At the front, the new Ford Territory uses an all-new tri-plane front-end architecture. The shape of the main grille is one of the new Territory’s most noticeable updates. This larger, lower grille in a unique three-bar design connects with the slim-line treatment given to the upper grille opening, a feature which sees the famous Ford roundel now surrounded by its own elegant winged structure
.
New slim-line headlights with projector beam technology are another stand-out feature of the new Territory’s frontal styling. The top-of-the-range Titanium variant takes this a step further with the introduction of LED (Light-Emitting Diode) position lamps integrated into its redesigned front bumper. At the bottom of Territory’s new face is a U-formed lower chin skid plate.

A new C-pillar design smoothes the transition from front to rear while resurfaced door cladding and a lower rocker moulding combine to give Territory a lower and more “athletic stance”.

To further enhance the new look of the exterior Ford offers a range of locally designed wheels for the new Ford Territory. These will be available in diameters of 17 and 18 inches in model-specific designs. 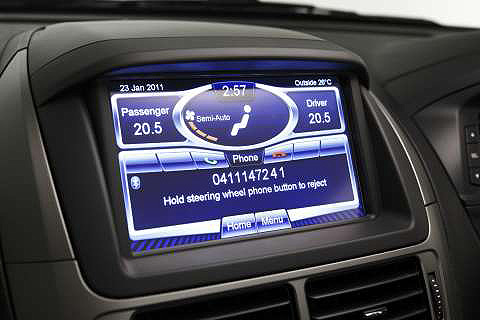 Interior
Ford have completely redesigned the instrument panel that features a large touch screen display. The steering wheel is also new and frankly it looks as though the designers had an in-house competition to see how many controls they could add to the steering wheel. 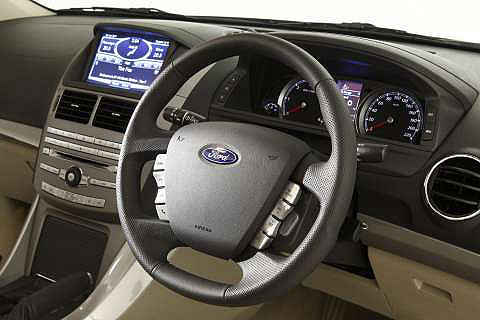 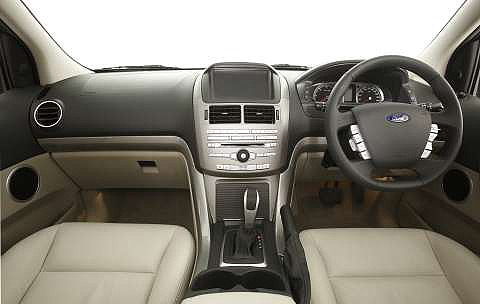 The new Ford Territory now comes with what Ford has called the “Interior Command Centre” that provides front-seat occupants with simple-to-use controls for functions such as heating, ventilation and air conditioning. At the bottom of this new “Interior Command Centre” is an all-new storage area. This stylish and functional feature uses a smooth-action tambour door which adds to the interior’s equally smooth style. 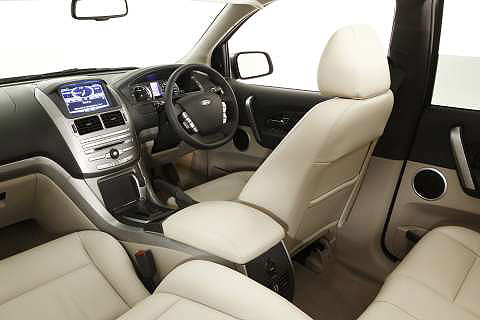 **All images are of the Ford Territory SZ Titanium variant