Skip to content
Posted in Holden By Stuart LiveseyPosted on May 2, 2011September 13, 2018Tagged Holden Omega ute 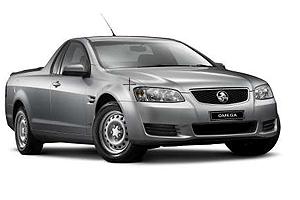 The Australian ute … my how it has changed over the years. When I was a teenager a ute was a workhorse … not a fashion statement.

It had a basic one-piece body, a bench seat, three on the column (automatic if you were wealthy), rubber mats on the floor and if you wanted to keep cool or demist the windscreen you opened the quarter vents and drove a little faster. If you wanted a fan you worked out how to mount one on the dashboard yourself and no one even considered offering accessories. Utes were for working … not looking pretty.

The motor was a straight six that anyone with half a clue could work on and if you broke down there was always someone not too far away who could do a quick temporary repair and get you on the road again.

It was tough and reliable and every farmer and lots of tradies had one.

These days of course things have changed. The basic ute as a workhorse is almost an endangered species and Holden sell so few basic utes that finding an official photo of one is like hitting the jackpot. You can always find plenty of photos of the four utes in Holden’s sports range but when it comes to the Omega ute it’s almost as if Holden wants to hide it away.

But the basic Holden ute is still out there so let’s see just how basic it really is.

The engine
As you would expect, the Holden Omega ute is powered by the same 3.0-litre SIDI V6 as you find in the sedan range. The engine, with its double overhead Cam and four valves per cylinder, twin knock control sensors with individual cylinder adaptive control and on-board diagnostics, is nothing like the engines found in early utes but it’s still as dependable as ever. 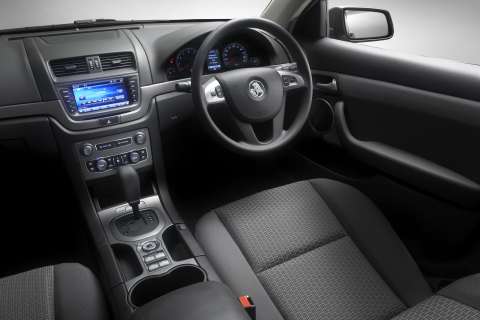 Maximum power of 190kW arrives at 6,700rpm and maximum torque of 290Nm cuts in at 2,900rpm. Holden couples the V6 engine to a standard six-speed automatic gearbox with the gear selector mounted on the floor and not on the column as in days gone by. That combination will return fuel economy figures of 9.6L/100km on the combined cycle.

There’s also an LPG option for the Holden Omega ute that produces slightly less power but more torque and is coupled to a four-speed automatic transmission.

Safety
Early Holden utes had drum brakes all round … a system that tended to lead to some hair-raising moments if you had just run through some water. Seat belts … well later models had them but the ute I drove on the farm in the mid 1960s certainly didn’t.

The Holden Omega on the other hand comes with a full suite of safety features. Ventilated discs all round, electronic stability control, six airbags, traction control, anti-lock braking system, electronic brake distribution and everything else that’s needed to give it a 5-star ANCAP safety rating. 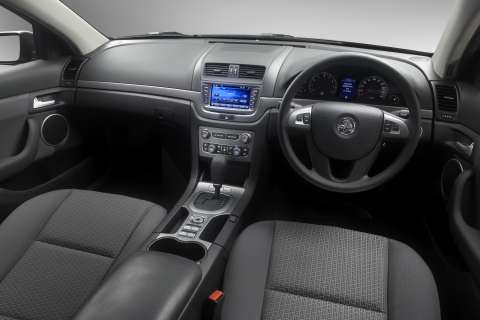 You also get a full-sized spare with Holden’s tyre sealant and air compressor kit as an option and in the back there’s six tie-down hooks and a full-sized high-density polyethylene tubliner as standard.

For a basic ute that’s quite a list of standard features but of course there’s also quite a range of options too. You can have just about anything from leather highlights through to soft or hard tonneau covers for the tub, rear park assist, lambswool seat inserts, pollen filters, roo bars, towing packages and much more.

So the basic Aussie ute has come a long way in the last 45 years – and while it’s still tough it now comes with a range of safety features and creature comforts that early ute owners probably never even dreamed of having. 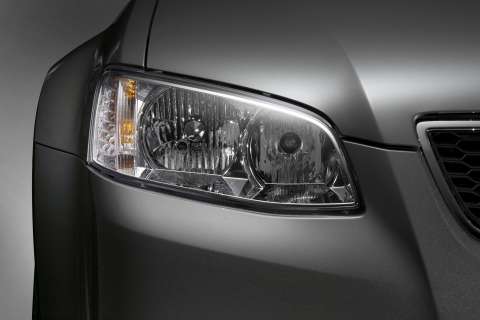